Please ensure Javascript is enabled for purposes of website accessibility
Log In Help Join The Motley Fool
Free Article Join Over 1 Million Premium Members And Get More In-Depth Stock Guidance and Research
By Evan Niu, CFA - Feb 2, 2021 at 9:15AM

Following recent reports that a deal was near, Microvast kicked off the week by confirming the speculation. The company announced that it has entered into a definitive agreement to merge with special-purpose acquisition company (SPAC) Tuscan Holdings (THCB). Electric vehicle (EV) stocks have been all the rage in recent months, with many start-ups choosing to go public by merging with a SPAC. Shares of Tuscan Holdings skyrocketed on the news.

Here's what investors need to know about Microvast. 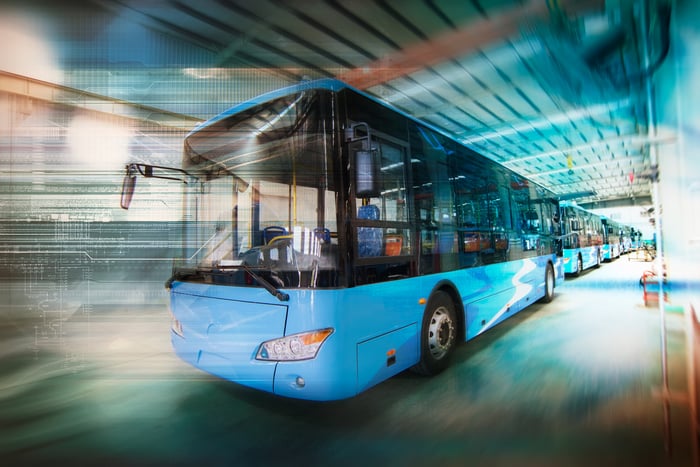 Microvast is a small start-up that was founded in 2006 to develop EV batteries that are designed for fast-charging while also having long life cycles. The company is targeting the market for commercial and specialty vehicles, such as public transit, with its technology. Microvast says that electric buses using its technology can be fully recharged in less than 10 minutes. In the years ahead, the company plans to expand into adjacent markets like passenger vehicles, energy storage, and even consumer electronics.

EVs represent a mere 1.5% of the commercial vehicle market, and Microvast believes that fleet operators are preparing to aggressively pursue electrification in the coming decades. Since batteries are the most expensive component, representing an estimated 30% to 40% of the value of an EV, the company thinks that it will sit at the center of a massive addressable market.

Microvast's intellectual property portfolio includes several different cell chemistries that are optimized for specific applications. Certain cells are capable of ultra-fast charging, while others are more affordable, and others boast extremely high energy density. The company says that it uses proprietary technology across all battery components, and that its technology has been tested extensively and validated by third-party laboratories.

Prominent customers include Oshkosh, Porsche, and CNH Industrial, and Microvast has R&D partnerships with BMW and other research organizations. Contracted revenue for 2020 is estimated at approximately $101 million, and Microvast offers rosy forecasts for revenue to reach $2.3 billion in 2025. Most companies that go public via SPAC include optimistic revenue projections, but those predictions should always be taken with a grain of salt.

After using $70 million for debt repayment and transaction expenses, Microvast will receive $752 million to beef up its balance sheet. The company plans to use the proceeds from the merger to build additional manufacturing facilities and is targeting global production capacity of 9 GWh by 2022.

Compared to QuantumScape (QS -8.30%), another EV battery start-up that merged with a SPAC last year, Microvast is relatively more established, so it should face less execution risk. QuantumScape, which is developing solid-state batteries for EVs, doesn't expect to start generating revenue until 2024. That being said, Microvast will still be a fairly speculative investment, as its growth forecast relies heavily on successfully entering new markets.