The company is accused of using a portion of customer tips to boost the base rate of pay for its Flex drivers.

Amazon (AMZN 0.19%) is about to hand over a significant chunk of change to the Federal Trade Commission (FTC). The retailer is on the hook for over $61.7 million, as part of a settlement announced today with the FTC over allegations it cheated delivery drivers out of customer tips.

In 2015, Amazon solicited drivers for its Flex program, under which people in various large markets for the company could work as independent contractors and use their personal vehicles to make deliveries. Amazon pledged that, in addition to paying them $18 to $25 per hour, the company would allow them to keep 100% of customer tips. 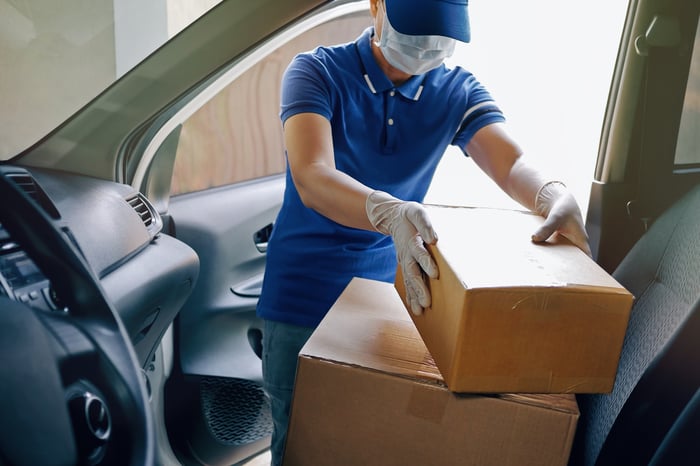 But the FTC claims that in late 2016, Amazon reduced the base rate and used a portion of those tips to bring total pay up to the originally promised $18 to $25 per hour. The agency launched an investigation; in its wake, Amazon dropped this payment model in August 2019.

The FTC said the settlement amount "represents the full amount that Amazon allegedly withheld from drivers." It will be used to compensate those individuals for the shortfall.

In a statement, Amazon spokeswoman Rena Lunak wrote of the settlement, "While we disagree that the historical way we reported pay to drivers was unclear, we added additional clarity in 2019 and are pleased to put this matter behind us."

The FTC quoted the acting director of its bureau of consumer protection, Daniel Kaufman, as saying, "Our action today returns to drivers the tens of millions of dollars in tips that Amazon misappropriated, and requires Amazon to get drivers' permission before changing its treatment of tips in the future."