Please ensure Javascript is enabled for purposes of website accessibility
Log In Help Join The Motley Fool
Free Article Join Over 1 Million Premium Members And Get More In-Depth Stock Guidance and Research
By Rich Duprey - Updated Feb 2, 2021 at 11:14AM

It still posted a triple-digit increase compared to a year ago.

Chinese electric vehicle (EV) maker Li Auto (LI 0.41%) may be slipping behind the record-setting pace of deliveries for rivals NIO (NIO 3.37%) and Xpeng (XPEV 1.90%), after reporting it delivered 5,379 Li One models in January.

While that's a 356% increase from the same month a year ago, it represents a near-13% decline from December, when it delivered 6,126 of its electric SUVs, a 530% year-over-year increase. 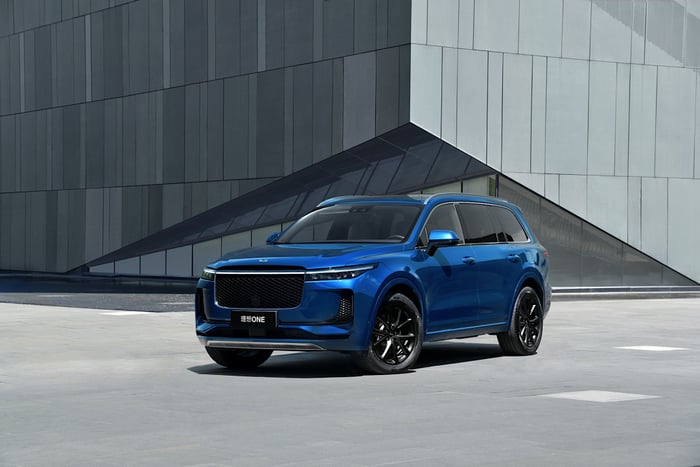 Li and its rivals are racing to catch up with industry leader Tesla (TSLA 7.33%), which reported fourth-quarter deliveries of 180,667 vehicles globally, up 61% from 2019.

The company started volume production of the Li One in November 2019, and has now cumulatively delivered 38,976 vehicles, meaning it still has a considerable gap to close with Tesla. It may feel the electric SUVs are limiting its growth potential, and it intends to expand its product line by developing new vehicles to target a broader range of consumers.

As part of that effort, Li announced it has built a new research and development (R&D) center in Shanghai to create technologies for the new models, such as high-voltage platforms, ultra-fast charging, and autonomous driving capabilities.