Please ensure Javascript is enabled for purposes of website accessibility
Log In Help Join The Motley Fool
Free Article Join Over 1 Million Premium Members And Get More In-Depth Stock Guidance and Research
By Jennifer Saibil - Feb 2, 2021 at 6:10AM

2020 was a great year for IPOs. There were 480 of them, the highest ever in one year, despite the global economic downturn and volatility of the stock market.

One high profile IPO was home insurtech (insurance technology) company Lemonade (LMND -8.08%). Lemonade's stock closed up 39% on the first day of trading and has gained nearly 115% since then. Oscar is the newest digital insurance company to announce an upcoming public offering. Should the health insurance company's stock be on your shopping list?

How is Oscar different?

Oscar is working to shake up the health insurance industry by offering competitive service and drug prices alongside enhanced technology. It considers itself the first direct-to-consumer health insurance company, and it's looking to repair what it calls a "broken healthcare system." 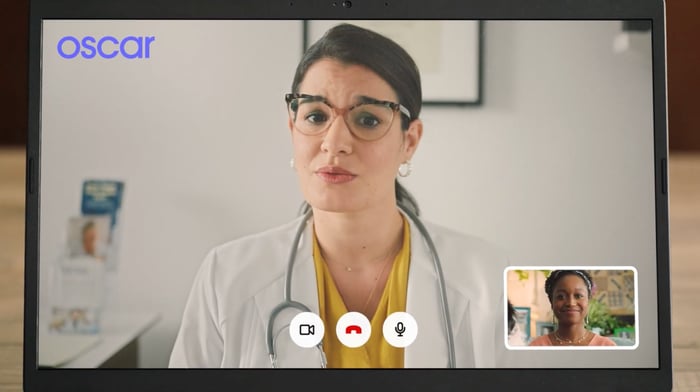 The company has a net promoter score, which is a measure of customer satisfaction, of 36, compared to the industry average of negative 12. Oscar markets three products: individual and family plans, business plans, and Medicare Advantage plans.

Telemedicine, which is available on computers and mobile devices, plays a large role in the company's services. It costs nothing on most plans, and 30% of plan patients have used it. Roughly 15% of those have been for drug refills, an important measure for Oscar, because difficulties getting refills is one of the main reasons patients don't take their prescribed medicine.

Oscar has compiled a list of 300 of the most commonly used prescription drugs among its members, and offers a program in which clients can buy these drugs, both brand-name and generic, for $3. Program members have saved up to 50% on their prescription drug costs. Oscar's plans also include care teams, whose members answer questions and help direct patients to the right care provider for them.

Everything a patient needs to manage his or her healthcare is easily accessible through digital channels. And Oscar's clientele is already digitally savvy. About 90% have an online account, and 52% have downloaded the mobile app -- five times the industry average. The healthcare company has also developed a partnership with Cigna to offer business plans, and with Capsule for drug deliveries.

How is Oscar growing?

Membership has grown to 420,000 since its inception in 2014, with annualized membership growth of 70% over three years. As customer count grows, sales are increasing. Premiums have grown at a 78% compound annual growth rate (CAGR) over the past three years to $2.2 billion, but as a private company, Oscar doesn't release its financial statements.

Medical loss ratio, which measures how much the company spends on healthcare versus how much is keeps for itself, decreased from 94% in 2017 to the mid-80s in 2020; 85% is the minimum requirement according to current law.

Oscar announced a new round of $140 million in funding on Dec. 17, and on the heels of that announcement, it said that it was pursuing a public offering.

The company grew its market from 15 to 29 geographic locations in 13 states in 2019, including two locations, New York City and Houston, where it offers Medicare Advantage plans. It plans to expand to 18 states in 2021.

I don't think Oscar is quite as disruptive as Lemonade, which has several features that define it as different from traditional home insurance, such as charging a flat fee and offering to donate remaining policy funds to charity. But Oscar is trying to change how Americans manage their healthcare, and its digital framework, competitive pricing, and customer-centric approach may force competitors to up their game while it gains customers and increases revenue.

Investors should keep an eye out for Oscar's IPO, as the insurtech company may have a lot to offer shareholders. But you shouldn't get caught with IPO fever -- judge Oscar's price on its merits when it goes public.

Pet Ownership Is Booming. Could These 3 Stocks Help You Profit?