Daimler could split into two companies, to the benefit of investors.

Daimler (DMLR.Y 0.00%), known for its Mercedes-Benz brand, but also a producer of Smart cars, commercial trucks, vans, and buses, announced Wednesday that it would evaluate a large fundamental change in its business structure.

Daimler's plan calls for a separation of the automaker into two pure-play companies, with the majority listing Daimler Truck to focus on zero-emissions technology and software business. Management will begin preparing for a listing of Daimler Truck with the intentions that a significant majority stake in Daimler Truck will be granted to Daimler shareholders. The goal is for the transaction and the listing of Daimler Truck (on the Frankfurt stock exchange) to be completed before the end of 2021. And once the spinoff is complete, Daimler aims to rename itself Mercedes-Benz. 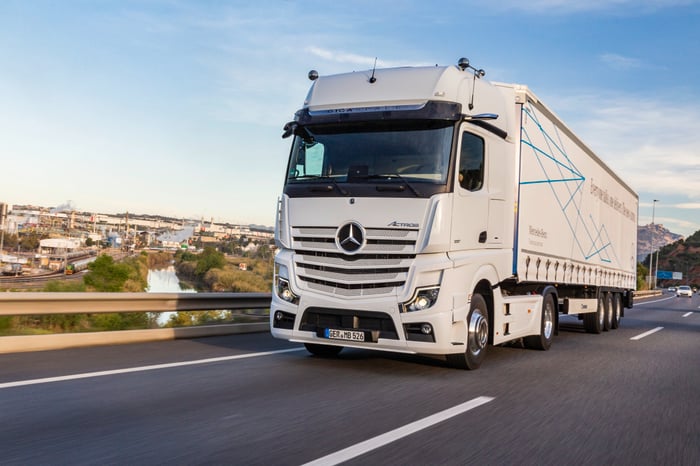 This is a move and strategy that automotive investors could become accustomed to as automakers evolve in an industry accelerating from traditional vehicles to electric fleets, autonomous vehicles, big data, and software-driven technology.

For Daimler specifically, this could unlock more value for shareholders with two more-focused companies: Mercedes-Benz will remain a highly valuable luxury car brand while Daimler Truck will try to lead in transportation solutions and services. The companies will have very different capital needs and will face different challenges, but can now operate more effectively as separate businesses.

Although the deal seems all but completed, and would be a positive development for the company since independent management could enable both companies to thrive, investors would be wise to keep up to date on developments closer to year-end. "A spinoff would require the approval of an extraordinary shareholders' meeting of Daimler AG, which could be held at the end of Q3 2021," according to a Daimler press release.