The retailer's Medici Ventures subsidiary inked a technology deal and investors seemed to like the news.

Shares of online retailer Overstock.com (OSTK -9.80%) rose nearly 17% at one point in morning trading on Feb. 3. Although the stock had pulled back a little by 1 p.m. EST, it was still up about 13%. As has been the case lately, the move higher wasn't related to Overstock.com's retail business, but its Medici Ventures operation.

Medici Ventures is a subsidiary that has material investments in blockchain businesses. The big news last week was that Overstock.com plans to create a partnership with Pelion Venture Partners, leaving Pelion to run the business. The completion of that deal, however, is likely months away. But that hasn't stopped Medici Ventures from continuing to expand its presence in the blockchain space. 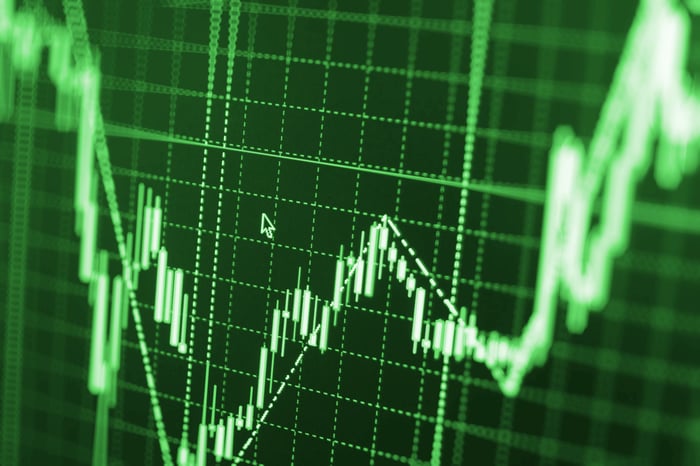 Specifically, the online retailer announced that Medici Ventures' tZero group has agreed to integrate technology with Vertalo, a digital transfer agent. Without getting too deep into the weeds, it appears that the deal increases the reach of both companies. And since anything blockchain gets investors excited these days, it isn't surprising that Overstock.com's shares were bid higher on the news.

Overstock.com's main business is selling things on the internet, a fact that it made pretty clear when it agreed to have Pelion manage the Medici business. That said, Medici is still part of Overstock.com, so you can't really separate the two. That makes Overstock.com something of a blockchain play. However, with shares up nearly 1,000% over the past year, a lot of good news is already priced in here. Investors should probably tread with caution.