The U.S. Patent and Trademark Office is on Tyme's side.

Shares of Tyme Technologies (TYME -1.46%) were skyrocketing 84.9% higher as of 12:09 p.m. EST on Wednesday after rising as much as 174% earlier in the day. This huge gain came after the company announced that the U.S. Patent and Trademark Office (USPTO) had granted another patent related to a COVID-19 treatment using Tyme's metabolomic technology platform.

It's not unusual for clinical-stage biotech stocks like Tyme to go into orbit after good news. But just how good was Tyme's news? The answer lies in how its metabolomic technology works. 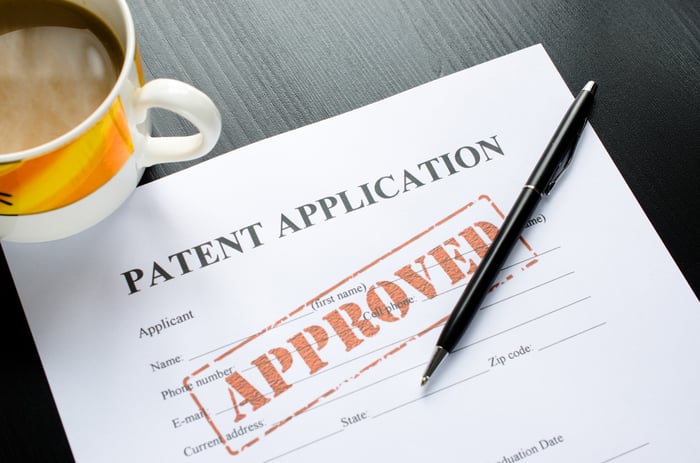 Tyme's experimental TYME-19 therapy shouldn't be affected by genetic mutations to the coronavirus coat. TYME-19 could limit viral replication by inhibiting the ability of the coronavirus to produce viral proteins and fatty acids.

Obtaining the U.S. patent for this approach isn't a big deal if TYME-19 proves to be ineffective at preventing COVID-19. However, if Tyme's pipeline candidate is successful, the patent could protect the biotech's intellectual property rights and enable it to make a lot of money in the future.

Tyme plans to advance TYME-19 into clinical testing soon and release results later this year. It also continues to enroll participants in a pivotal study of SM-88 as a potential third-line treatment for pancreatic cancer. Another potential catalyst could be on the way this year in the form of expected results from a phase 2 study conducted by the Joseph Ahmed Foundation evaluating SM-88 as a maintenance monotherapy in previously treated Ewing's sarcoma (a rare type of bone cancer) and as a salvage monotherapy in clinically advanced sarcomas.

Why Tyme Stock Got Demolished Today