The company isn't giving up on a promising pipeline drug.

BrainStorm Cell Therapeutics' (BCLI -3.02%) stock price shot up by nearly 30% today, on the one-two punch of an encouraging metric or two in its quarterly results and an update about its most promising pipeline drug.

For BrainStorm's Q4 of 2020, the clinical-stage biotech said that its net loss deepened to $31.8 billion, from the year-ago shortfall of nearly $23.3 million. The company doesn't have revenue; however, it has accumulated a cash pile to keep funding operations -- its cash and cash equivalents stood at $37.8 million, far above the roughly $536,000 of Q4 2019. 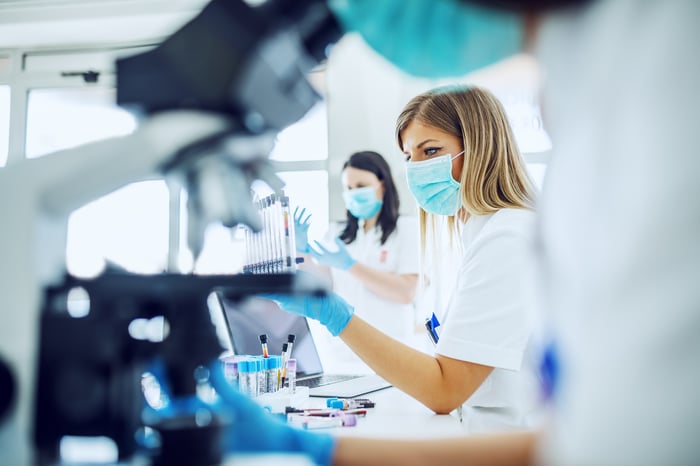 What was likely a stronger tailwind for the stock on Thursday was BrainStorm's news about NurOwn, its treatment that originally targeted the fatal neurological disease amyotrophic lateral sclerosis (ALS).

Several months after it released lackluster top-line results from a phase 3 study of the treatment, the company now says that it expects positive phase 2 data from a study testing its effects on progressive multiple sclerosis (MS).

BrainStorm added that it expects top-line data from that study by the end of this current quarter.

BrainStorm's note of confidence on NurOwn is refreshing, given the damp squib of those phase 3 ALS findings. It also holds promise in the fight against progressive MS, a long-term, debilitating illness in which the immune system attacks myelin -- the material that "insulates" nerve cells -- causing often serious damage to various components of the nervous system.