The infrastructure construction company prices a secondary offering as a major shareholder cashes out some gains.

Shares of Infrastructure and Energy Alternatives (IEA -2.19%) have gotten crushed today, down by 15% as of 12:15 p.m. EST, after the company priced a secondary stock offering. The deal priced at $16.75 per share, a significant discount compared to yesterday's closing price of $21.86.

The company, which goes by IEA, is not issuing or selling any shares. Rather, a large existing shareholder is selling 8 million shares at the offering price. Total gross proceeds from the deal are expected to be roughly $134 million, and the underwriters will have a 30-day option to buy approximately 853,000 additional shares. The selling shareholder is Oaktree Capital (and affiliated funds). The infrastructure construction company will not receive any proceeds from the deal. 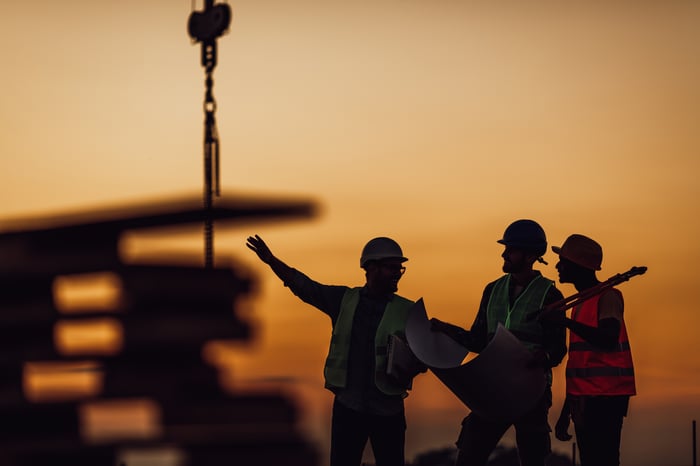 Up until now, Oaktree has wielded considerable influence over IEA as it held 47% of total shares outstanding as of Feb. 2, according  to the prospectus. There were approximately 22.9 million shares outstanding as of that date. IEA shares have gained over 400% over the past year, so it isn't too surprising that a major shareholder is looking to cash out some gains.

Last month, the company announced three separate projects that it had won: a $100 million wind farm in Illinois, a 100-megawatt (MW) solar farm in Georgia, and another 118 MW wind farm in Illinois. IEA recently raised its full-year guidance and expects revenue in 2020 to be in the range of $1.7 billion to $1.75 billion.