All eyes will be on MGM's online gambling numbers when earnings are reported.

Shares of gambling giant MGM Resorts (MGM 7.45%) jumped as much as 5.2% in trading Thursday after a competitor reported solid earnings. At 2:30 p.m. EST, shares were still at their highs for the day.

Bellagio did announce a remodel of all of the guest rooms in its main tower, which will begin occupancy in April with all rooms completed this summer. As the Las Vegas Strip recovers, this could help drive higher room rates for the company's most profitable property. 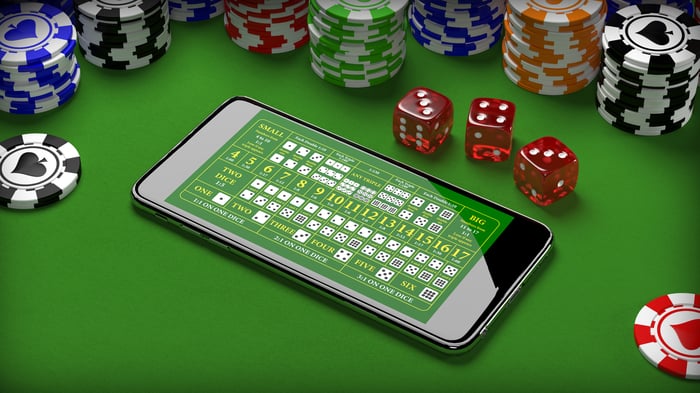 The bigger news came from competitor Penn National Gaming (PENN 6.38%), which announced earnings for the fourth quarter, including a peek at its online gambling operations. The most encouraging was $27.5 million in handle and 48,000 new customers in the first 10 days of operations in Michigan.

MGM has put a large amount of money and effort into building BetMGM, its online betting partnership with Entain. The platform could be a big growth opportunity for MGM, especially given the potential synergies between a nationwide network of casinos and a large online presence. To that end, MGM announced a partnership with Richard Childress Racing yesterday, which includes being the primary sponsor for select races.

Today's move is likely noise in the long-term trajectory of the gambling business, but investors are keeping a close eye on any bit of data available on the online gambling industry. Investors will get a better idea of how MGM's business is performing next week when it reports earnings after the market closes on Wednesday, Feb. 10. That's when we'll learn more about whether or not this will be a growth stock driven by online gambling.