The clinical-stage biotech provides investors with a quarterly update.

Shares of Tyme Technologies (TYME 0.66%) were down by 36% as of 1:05 p.m. EST today, after the company reported fiscal third-quarter results. Tyme also launched  an at-the-market (ATM) stock offering.

The clinical-stage biotech company said that it presented preliminary supporting data from its TYME-88-Panc pivotal study at a conference last month, which showed the potential role of its SM-88 (racemetyrosine) in advanced pancreatic cancer. 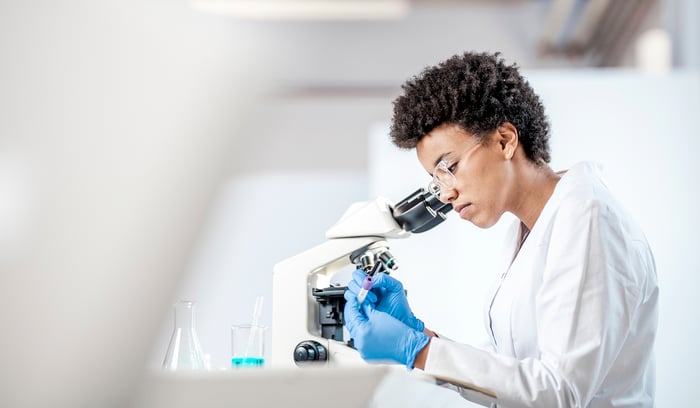 The company had named Richie Cunningham as CEO during the quarter to succeed Steve Hoffman. Cunningham issued a statement saying, "I am currently fully engaged in an ongoing strategic business review with a focus on setting forth our operational priorities to determine the best path forward to maximize stakeholder value and look forward to sharing our corporate vision at the next business update."

Cash burn during the fiscal third quarter was $5.9 million, and Tyme finished the quarter with $13.5 million in cash. The company expects that its quarterly cash burn rate will be in the range of $6 million to $6.5 million for the rest of the fiscal year. Tyme is now looking to raise an additional $100 million through a direct offering to institutional investors, which has priced at $2.50 per share.

Why Tyme Technologies Stock Is Crushing It Today