Starbucks is trading higher on the news and a positive analyst upgrade.

Delisted from American stock exchanges during the summer of 2020 and racked with corruption scandals involving its succession of CEOs, Chinese coffee company Luckin Coffee (LKNC.Y 3.84%) made the headlines yet again today, this time by filing for Chapter 15 bankruptcy. The Associated Press reports the company will keep its physical locations open during the bankruptcy process as it seeks to restructure itself into a viable business.

Luckin filed for Chapter 15 bankruptcy because this is the type available for foreign companies operating in the United States. A little more than a month ago, the company agreed to pay a $180 million fine after the U.S. Securities and Exchange Commission (SEC) accused it of allegedly adding $300 million in nonexistent sales to its balance sheet in 2019 and into early 2020. The company, also fined by the Chinese government, agreed to pay the SEC fine without admitting to the charges. 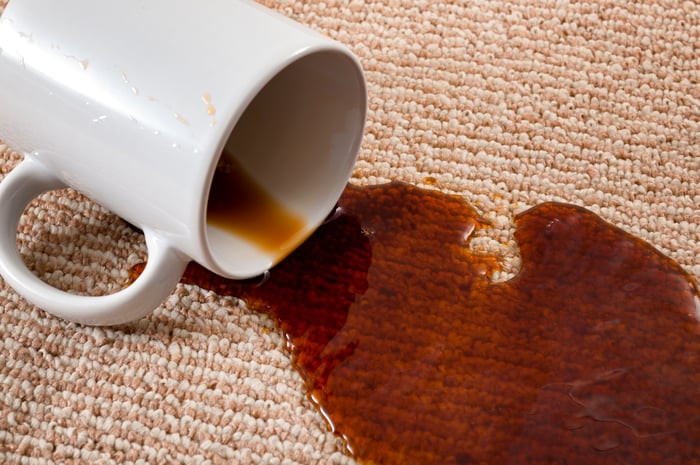 Luckin's revenue appears to be growing steadily year over year, with revenue soaring 18.1%, 49.9%, and 35.8% in the quarters ending in March, June, and September 2020, respectively. This amount is far below the 300% to 500% growth the company reported before the SEC accusations but seemingly proves the company's mix of self-run locations and franchises can turn a genuine profit.

Meanwhile, as Luckin's shares tumble over 46% since market open, rival coffee chain Starbucks (SBUX -1.93%) is trading up approximately 3.5% today. News of Luckin's continued troubles may be feeding Starbucks' gains, but the latter also received a thumbs-up from Gordon Haskett today. The analysis firm upgraded its rating to buy and its price target from $100 to $120, and said Starbucks should gain considerably from "increasingly aggressive pursuit of competitive advantages across digital, delivery, convenience, customer loyalty and labor force stability."