Please ensure Javascript is enabled for purposes of website accessibility
Log In Help Join The Motley Fool
Free Article Join Over 1 Million Premium Members And Get More In-Depth Stock Guidance and Research
By Keith Speights - Feb 5, 2021 at 6:00AM

Without one drug, Gilead's Q4 update wouldn't have been a good one.

Despite launching one of the most acclaimed COVID-19 therapies last year, Gilead Sciences (GILD 0.08%) disappointed investors and its shares fell 10%. The big biotech is off to a much better start in 2021, though.

That start could get even better after Gilead announced its fourth-quarter results following the market close on Thursday. Here are the highlights from the company's Q4 update. 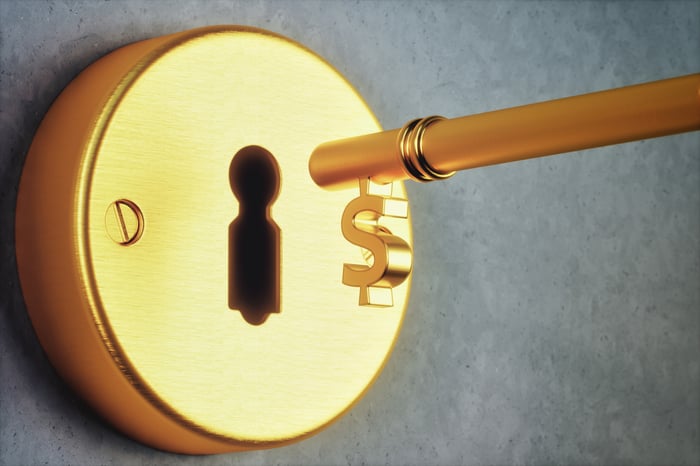 Gilead reported revenue in the fourth quarter of $7.3 billion. This reflected a 26% increase from the prior-year period revenue total of $5.8 billion. It also matched the Wall Street consensus revenue estimate.

The company announced Q4 net income of $1.6 billion, or $1.23 per share, based on generally accepted accounting principles (GAAP). In the prior-year period, Gilead recorded GAAP earnings of $2.7 billion, or $2.12 per share.

HIV drug sales fell 7% year over year. Loss of exclusivity for Truvada and Atripla especially hurt. Gilead said that the COVID-19 pandemic also weighed on its HIV sales. Biktarvy and Descovy were bright spots, though, with sales jumping 32% and 9%, respectively.

Combined sales for the company's cell therapy drugs Yescarta and Tecartus totaled $163 million. This reflected a strong 34% increase from cell therapy revenue in the prior-year period. However, cell therapy remains a relatively small growth driver for Gilead. On the other hand, the biotech's breast cancer drug Trodelvy picked up with the acquisition of Immunomedics and generated $49 million in sales in Q4, boosting Gilead's oncology revenue.

Gilead's 2021 guidance ranked as the best news in the Q4 update. The company expects full-year 2021 revenue will be between $23.7 billion and $25.1 billion. Gilead looks for adjusted earnings per share (EPS) between $6.75 and $7.45. The midpoint of this range came in well above the consensus analysts' adjusted EPS estimate of $6.85.

While the company will likely continue to be impacted by the pandemic, it expects the market dynamics to begin gradually improving in the second quarter of 2021. Gilead's main growth drivers should include Biktarvy, Veklury, and Trodelvy -- which will likely be one of the biggest blockbuster drug launches to watch this year.

It's possible that further business-development deals could serve as a catalyst for the biotech stock in 2021, as well. Gilead made several key acquisitions last year but still had a $7.9 billion cash stockpile at the end of 2020. That's plenty of dry powder that CEO Dan O'Day could use to boost the company's growth prospects.