Please ensure Javascript is enabled for purposes of website accessibility
Log In Help Join The Motley Fool
Free Article Join Over 1 Million Premium Members And Get More In-Depth Stock Guidance and Research
By Jeremy Bowman - Feb 5, 2021 at 10:26AM

Shares of the pet products e-commerce company gained on some bullish analyst notes and momentum in e-commerce.

Shares of Chewy (CHWY 4.12%) were climbing last month as the company benefited from some positive analyst attention. It may also have risen in sympathy with GameStop as a major part of the buy thesis on GameStop was that Chewy co-founder Ryan Cohen was backing the stock.

According to data from S&P Global Market Intelligence, shares of the online pet products seller finished January up 13%. The chart below shows the stock spiked in the first half of the month before giving back those gains. 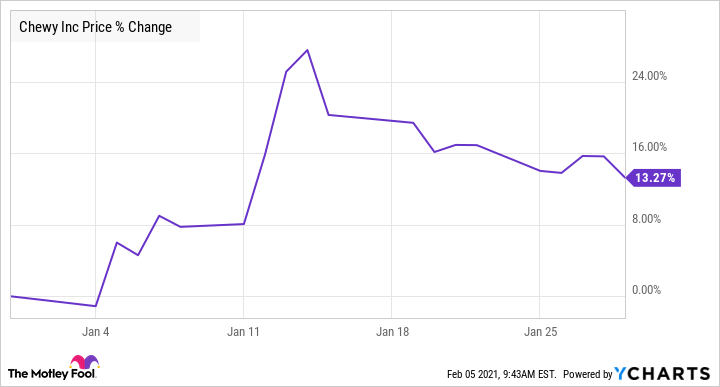 There was little news out on Chewy in the first week of January, but the stock surged in the second week of the month on several items. Cohen was named to the GameStop board and installed two more directors, focusing more attention on his success with Chewy. That same week, Adobe Analytics reported that e-commerce sales surged over the holiday season, rising 32% to $188.2 billion, the equivalent of two years of growth. That surge is likely to favor Chewy, especially as pet products can be popular gifts. Additionally, Credit Suisse raised its price target on the stock from $104 to $121 and kept an outperform rating on Chewy. Analyst Erin Wilson Wright said she was increasingly confident in the company's long-term growth trajectory and ability to increase margins. 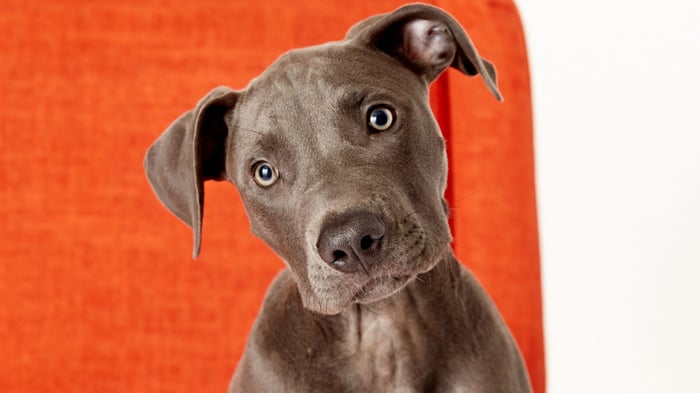 Chewy has been a big winner over the past year with shares up 300%, benefiting from a number of trends including the growth of e-commerce during the pandemic and increased pet adoptions and spending as pets have been popular among people staying at home.

While the company's performance has been strong, investor expectations are high as well, and with the market cap already near $50 billion, the growth stock is likely to cool off this year.

Love Shopify? Here Are 3 Other E-Commerce Stocks to Buy Now

Chewy Stock Could Be on a Bull Run After a Blockbuster Quarter -- Should You Buy Now?