Please ensure Javascript is enabled for purposes of website accessibility
Log In Help Join The Motley Fool
Free Article Join Over 1 Million Premium Members And Get More In-Depth Stock Guidance and Research
By Trevor Jennewine - Feb 6, 2021 at 8:30AM

This software titan is one of the most valuable companies in the world, but it still has room to grow.

In early 2019, Microsoft (MSFT -0.23%) became only the third publicly traded U.S. company ever to reach a trillion-dollar valuation. Just two years later, its market cap has grown to $1.7 trillion. From productivity software to cloud computing and gaming, Microsoft's engines are still firing on all cylinders.

Given the massiveness of the enterprise, it would be understandable that investors might think of Microsoft as more of a value play. But growth investors shouldn't dismiss this company, and here are three reasons why. 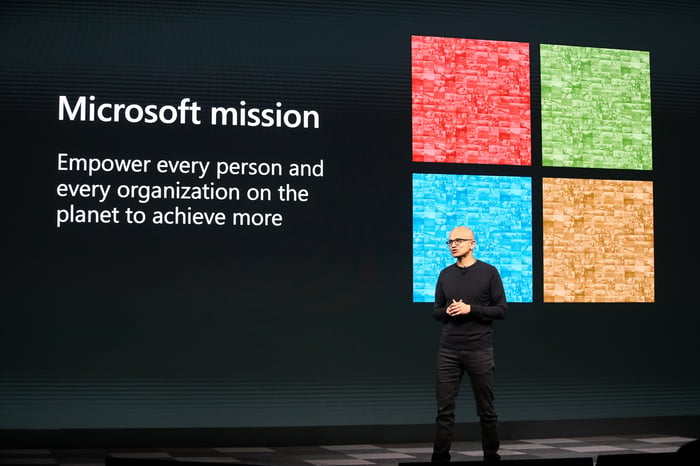 1. Microsoft is powering the digital transformation

As more and more business is conducted digitally, demand has only grown for Microsoft 365 -- a software suite that helps individuals and enterprises work more efficiently. Most people are familiar with programs like Word and PowerPoint, but Microsoft's newer collaboration tools -- Teams and SharePoint -- are market-leading products as well, and both are helping the company grow its business.

Teams and SharePoint allow employees to work together more easily regardless of where they are physically located, enabling communication and file sharing across OneDrive, Excel, and many other programs. That was useful before the pandemic, but the disruption it engendered has only served to emphasize the need for effective collaboration systems.

SharePoint usage jumped 100% in 2020 as the platform surpassed 200 million monthly active users. Likewise, Teams powered collaboration and remote meetings for an average of more than 115 million people each day. Those numbers reflect the critical role Microsoft plays in enabling enterprise workflow around the globe. Enterprises' reliance on Microsoft is a valuable competitive advantage, and it should power the company to new heights in the future.

Microsoft is investing aggressively in its Azure cloud computing service, particularly in big data and artificial intelligence. This has led to innovations like Azure Cognitive Services, a platform that enables developers to easily add AI capabilities to their applications. And more recently, GM's Cruise subsidiary tapped Azure to help it scale up the commercialization of its self-driving vehicles.

But Microsoft is advancing its cloud services in other ways, too. For example, in 2019, it launched Azure Arc, which extends the platform's management capabilities to multi-cloud, on-premise, and edge scenarios. This makes it easier for enterprises to manage all their computing resources from one location, improving operational efficiency.

And in September, it introduced Azure Communications Services, which gives developers the tools to add voice, text, and video communications to their applications. While Twilio is still the leader in this niche, Microsoft's ability to integrate these services with Azure is an advantage.

Taken together, Microsoft's initiatives have helped boost Azure's revenue at an impressive pace.

While Azure still trails AWS in terms of market share, Microsoft's growth strategy is moving the needle. According to Canalys, as of December, Azure had achieved a 20% market share compared to 14% in December 2017. Meanwhile, AWS remains in the low-30% range. This multibillion-dollar market is still a big opportunity for Microsoft, and investors should look for the company to continue gaining market share in the coming years.

3. Gaming is a big industry

In the earnings call for Microsoft's fiscal 2021 second quarter, which ended Dec. 31, CEO Satya Nadella indicated that the company is gaining console market share. That news came on the heels of the highly anticipated launch of its Xbox Series X and S machines in November. In fact, Nadella called it the most successful console launch in the company's history. Revenue in its gaming content and services segment grew 40% year over year in fiscal Q2, compared to an 11% decline in the prior-year quarter. 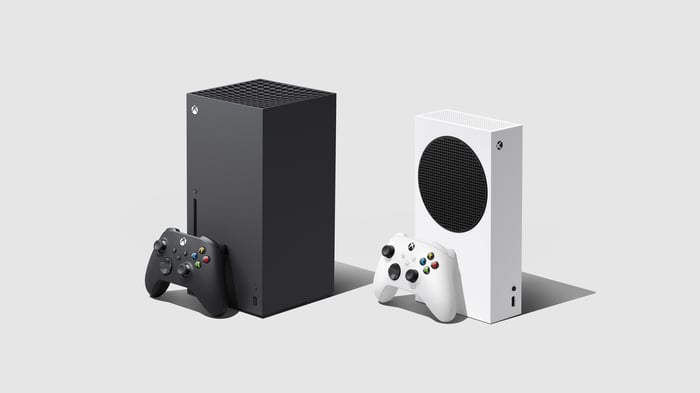 There are more than 3 billion gamers around the world. And as the market continues to expand, Microsoft's strong presence in this space should be a powerful contributor to the company's overall growth.

Driven by strong performance across all its businesses, Microsoft's revenue growth has been impressive for a tech giant of its size.

But year-over-year growth actually accelerated to 17% last quarter as the company passed $40 billion in quarterly revenue for the first time in its history.

Investors should of course monitor Microsoft's progress in maintaining revenue growth across its various businesses, especially cloud computing. But with so many strong products and a brand name that's synonymous with computing excellence, this company has several growth levers to pull. Patient shareholders should be well-rewarded.