Please ensure Javascript is enabled for purposes of website accessibility
Log In Help Join The Motley Fool
Free Article Join Over 1 Million Premium Members And Get More In-Depth Stock Guidance and Research
By Billy Duberstein - Feb 6, 2021 at 8:20AM

Could this legacy media stock transition to the new streaming environment?

Shares of ViacomCBS (PARA 0.15%) rose 30.2% in January, according to data provided by S&P Global Market Intelligence. The legacy TV network provider has been under pressure from cord-cutting over several years, and its stock fell to bargain-basement levels last year amid the pandemic.

But a big announcement regarding ViacomCBS' streaming ambitions, along with a little help from marketwide short squeezes, helped shares rocket higher in the first month of 2021. 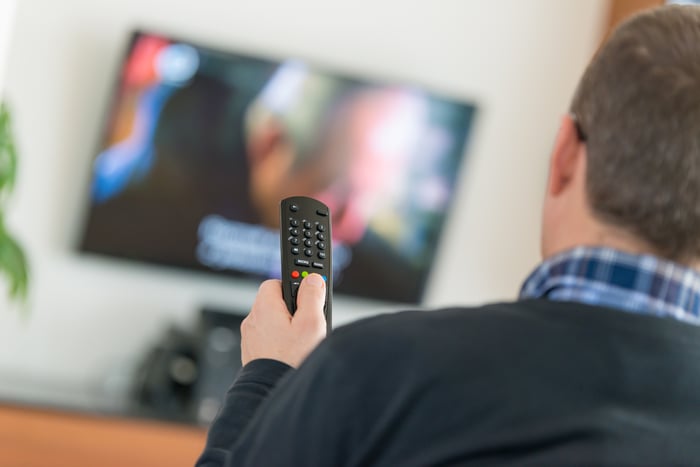 In January, ViacomCBS announced that it would be unveiling its new streaming service Paramount+ on March 4. In response, one analyst at Needham boosted her price target, believing the new streaming megabundle will boost ViacomCBS' valuation, as investors have generally boosted media stocks like Disney (NYSE: DIS) once they unveiled over-the-top streaming services.

The boost came just before a band of retail investors began targeting heavily shorted stocks in January, attempting to force short squeezes. ViacomCBS had seen its short interest creep up over the past year, reaching nearly 20% of all shares outstanding as of Jan. 15. As many hedge funds began to cover their shorts, these types of stocks surged in January. 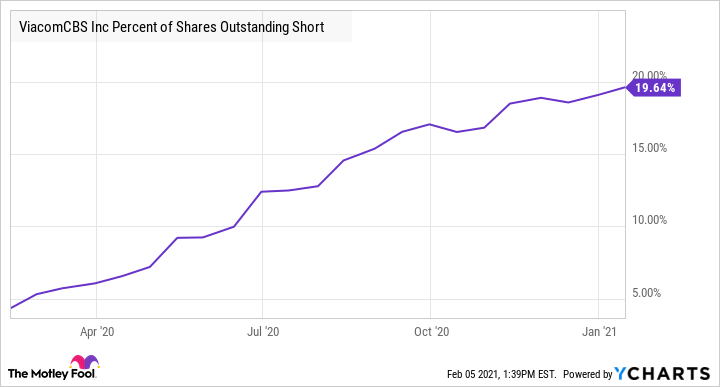 Don't look now, but much-maligned ViacomCBS is up a whopping 76% since the November elections and the announcement of new vaccines. CBS will also be airing the Super Bowl this Sunday, so the company should get a bump from that. While some may be looking to take profits on ViacomCBS after its big run, the stock still only trades at an undemanding 11.5 times 2021 earnings estimates.