The SPAC's share price is exploding on the verge of a soon-to-be-completed merger.

Shares of Star Peak Energy Transition (STPK) rose 32.5% in January, according to data from S&P Global Market Intelligence. The shell company's share price has surged thanks to anticipation and excitement surrounding its first major acquisition. 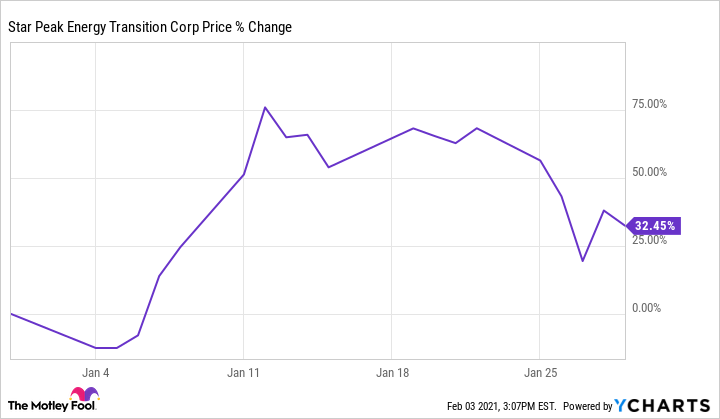 Star Peak announced its plans to acquire Stem (a battery technology specialist) in December, touting its plan to create the first publicly traded pure-play smart energy storage company. The announcement prompted the SPAC's share price to surge 101.6% in the month, and momentum from the upcoming combination continued through January. 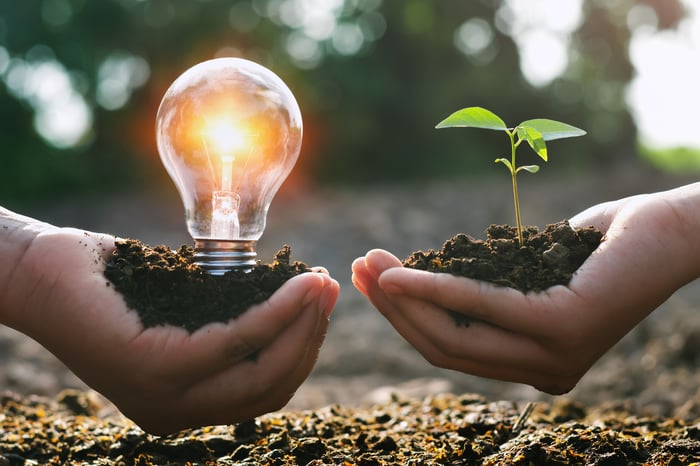 Star Peak Energy was founded as a special purpose acquisition company (SPAC) and had its initial public offering in August. The SPAC has no core business of its own and is solely focused on identifying companies in the alternative energy space that it can acquire and bring into the world of being publicly traded.

The combined market for SPACs and IPOs has been incredibly hot over the last year, with both categories benefiting from a roaring bull market and signs of an improving economy. Signs of ramping federal support for alternative energy technologies have also prompted some investors to seek out young players in the space with big growth potential.

Star Peak stock has continued to move higher early in February's trading. The company's share price has climbed roughly 2% in the month so far. 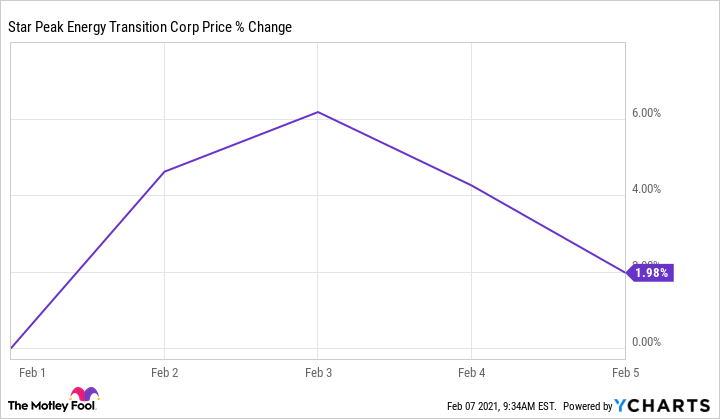 Star Peak's acquisition of Stem is expected to close this quarter. The company will begin operating as Stem following the combination, and trading on the New York Stock Exchange under the ticker "STEM."