Please ensure Javascript is enabled for purposes of website accessibility
Log In Help Join The Motley Fool
Free Article Join Over 1 Million Premium Members And Get More In-Depth Stock Guidance and Research
By Lawrence Rothman, CFA - Feb 8, 2021 at 10:30AM

These are two solid companies, but which one has a better potential return?

Sometimes, you have to choose between two stock investments, which presents a tough dilemma. Certainly, Nike (NKE 2.70%) and Coca-Cola (KO 0.59%) each felt the impact from the coronavirus pandemic that forced governments to issue stay-at-home orders and widespread shutdowns of retailers, restaurants, and other venues. However, both are large, established companies that have proven resilient over the years.

Over the last year, the stocks have moved in different directions, though. Nike's share price gained 42% while Coca-Cola's lost 16%. Is the market correctly assessing each company's prospects? To find out, let's look closer at both to determine which offers shareholders a better long-term return potential. 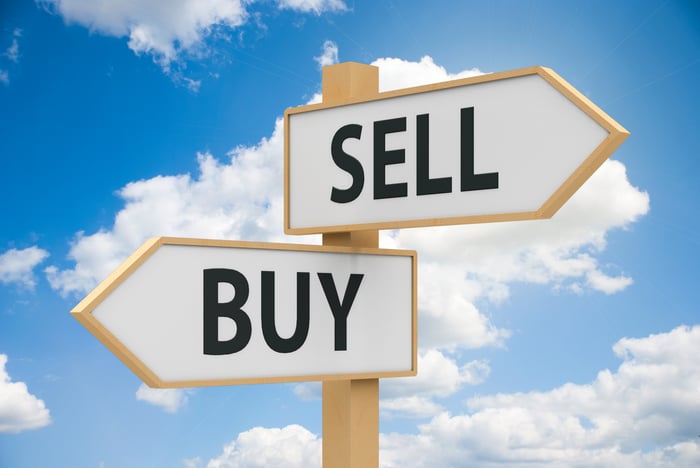 Nike has built a strong brand encompassing athletic apparel, footwear, and other goods that are sold through its own and other companies' retail stores and websites. Its products have a loyal following, and the company remains relevant by launching new ones. It also has a large marketing budget that it uses for commercials, athletes' endorsements, and event sponsorship that few can match.

However, the good news is that people still shopped for its products, moving to more online purchases. As a testament to Nike's popularity, as retail stores reopened, its revenue growth resumed. In its fiscal second quarter, revenue growth was 7% after removing the effects of foreign currency translations, and earnings per share increased by 11%. Resuming its momentum, the future looks bright as the company capitalizes on e-commerce growth and other factors.

Although there are certainly other stocks that have higher dividend yields than Nike's 0.8%, the board of directors has raised the payment for 19 straight years. This includes December's 12% increase to $0.275.

Will the smile return?

Coca-Cola, the world's largest beverage company, distributes four out of the five best-selling soft drink brands (Coca-Cola, Diet Coke, Fanta, and Sprite). It also sells other drinks besides soda that appeal to a wider customer base, such as water, juice, and plant-based beverages.

With people's movements restricted, away-from-home sales, which typically account for about half of the company's top line, have suffered from things like restaurants forced to limit capacity and sponsors pulling back on large-scale events, including live sports and concerts. Coca-Cola's results, which saw third quarter adjusted sales fall by 6% and earnings per share drop by 2% to $0.55, reflect this reality.

Before the pandemic struck, its adjusted sales, which removes items related to divestitures, foreign currency translations, and accounting changes, rose by 5% and 6% in 2018 and 2019, respectively. This shows that under normal circumstances, there is a healthy demand for its products.

After the company raised its quarterly payout by a penny to $0.41, it has now increased dividends yearly for an impressive 58 consecutive years. This makes Coca-Cola a Dividend King. The stock yields 3.4%, more than double the S&P 500.

This is a difficult decision. Nike has thrived in the competitive athletic shoe and apparel market by innovating and having an unmatched marketing prowess. If you are looking for the safer alternative, this one fits the bill.

For my money, Coca-Cola has better return potential, though. While the pandemic is holding down revenue, as governments and companies distribute vaccines, hopefully we will see things start to get back to normal shortly. When that happens, its revenue and earnings will rebound, leading the stock price higher. In the meantime, you can smile and enjoy that nice dividend yield while you wait.