Please ensure Javascript is enabled for purposes of website accessibility
Log In Help Join The Motley Fool
Free Article Join Over 1 Million Premium Members And Get More In-Depth Stock Guidance and Research
By John Rosevear - Feb 8, 2021 at 9:25AM

Here are the stories likely to move the electric vehicle maker's stock on Monday.

It's an eventful Monday morning for Tesla (TSLA 5.71%). Here are some of the stories making new as the U.S. stock markets open the week.

Tesla gets a China warning

Five Chinese government agencies, including the powerful State Administration for Market Regulation (SAMR), summoned Tesla executives to a meeting to remind the company that it must "strictly comply" with Chinese laws and regulations, a stern and significant warning by Chinese standards.

The move was prompted by several recent incidents reported in Chinese media, including battery fires, problems with over-the-air updates, and consumer complaints of unintended acceleration.

The officials asked Tesla to strengthen its internal management controls, to ensure that its products are safe, and to protect consumer rights, according to a statement posted on SAMR's website. 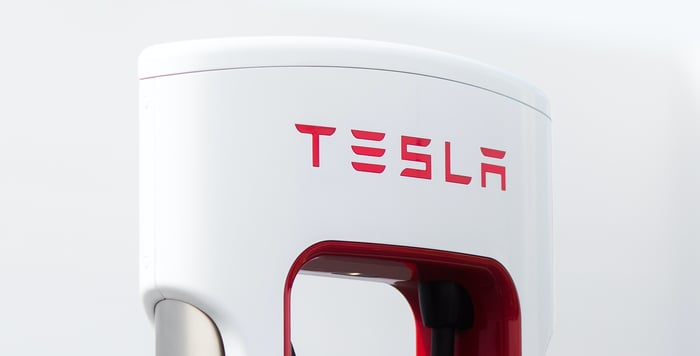 Tesla has said that it expects to begin production at its new factory in Germany this summer, but there are growing signs that the construction project is behind schedule.

German auto-industry trade publication Automobilwoche reported that critical buildings on the site haven't yet been constructed, and that Tesla has yet to submit a building application for its on-site battery plant to the local government in Gruenheide, near Berlin.

Tesla said last month that construction of the "Berlin Giga" factory was on schedule, and that it planned to begin production of the Model Y crossover SUV in July.

The factory will eventually have the capacity to build about 500,000 vehicles per year.

Tesla said in a regulatory filing on Monday morning that it has bought $1.5 billion worth of bitcoin, an investment made for "more flexibility to further diversify and maximize returns on our cash." The company also said that it will soon start accepting payments in bitcoin for vehicles, making it the first major automaker to accept cryptocurrency.

Bitcoin prices jumped after the news was released.