A gaggle of Wall Street analysts initiate coverage of the fintech specialist.

Shares of Affirm Holdings (AFRM -3.46%) have jumped today, up by 11% as of 12:10 p.m. EST, after getting a slew of coverage initiations by Wall Street analysts. The ratings range from neutral to buy, with no bearish calls.

Here's a summary of all of the new ratings for the freshly public fintech: 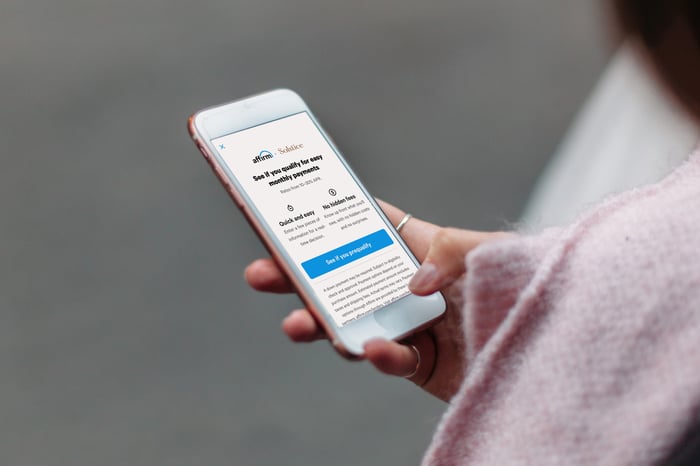 RBC Capital analyst Daniel Perlin believes that Affirm, a provider of installment loans, will continue to benefit from the "generational shift" toward the "buy now, pay later" (BNPL) trend while its marketplace network grows. Deutsche Bank's Bryan Keane expects gross merchandise volume to grow at 40% to 50% in the mid term but has some concerns around the company's valuation at current levels. Truist analyst Andrew Jeffrey estimates that Affirm's total addressable market is nearly $7 trillion and is optimistic about the company's ability to gain market share.

Timothy Chiodo at Credit Suisse suggests that the fintech has a lot of optionality but he remains cautiously optimistic. Morgan Stanley's James Faucette sees competition in the BNPL space intensifying but says that Affirm has strong appeal with younger demographics. Barclays analyst Ramsey El Assal says the company has room to grow and thinks that it will expand its product portfolio. And Matthew O'Neill at Goldman Sachs is encouraged by improving loan-loss rates.

Affirm is scheduled to report fiscal second-quarter results after the close on Thursday.

Why Shares of Affirm, Toast, and Payoneer Global Are Rising Today

Could Affirm Holdings Become the Next PayPal?

This Isn't an Investable Trend for the Average Retail Investor