Please ensure Javascript is enabled for purposes of website accessibility
Log In Help Join The Motley Fool
Free Article Join Over 1 Million Premium Members And Get More In-Depth Stock Guidance and Research
By Keith Noonan - Updated Feb 8, 2021 at 9:06AM

The display technology company is showing impressive momentum, and it could have big growth drivers in the wings.

Shares of Himax Technologies (HIMX 0.16%) rose 28.3% in January, according to data from S&P Global Market Intelligence. The display technologies stock is surging on signs of unfolding growth opportunities and indications that the company's core business could be at the start of a comeback. 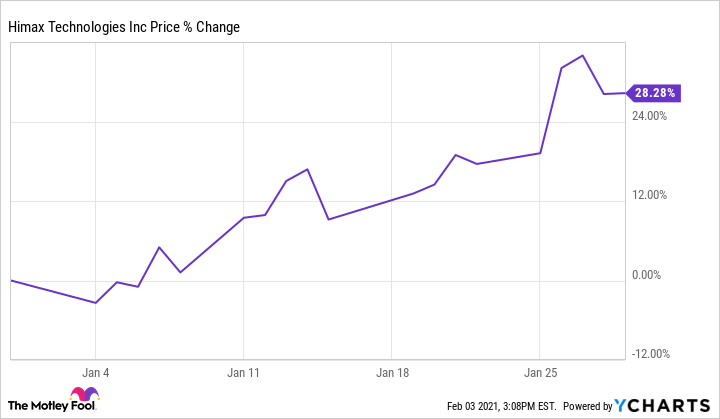 Himax Technologies' core business hinges on the sale of display driver chips, which regulate the colors shown by pixels on visual displays. The company's stock has surged 194% over the last year thanks in large part to improving demand and pricing power for these products, and efforts to grow the business in new product categories also appear to be yielding results. 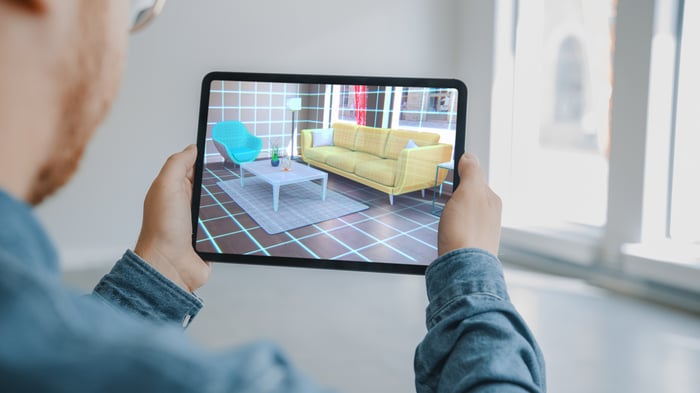 The display driver market is cyclical and tends to be relatively low margin at low points of the business cycle, but it looks like some positive trends in the smartphone, tablet, television, and automotive display categories are powering a major resurgence for Himax's business.

Business performance in 2018 and 2019 was generally weak amid low demand for its display drivers, but the company's research and development teams were also working on designs for machine-vision solutions, augmented reality, and other potentially high growth categories. These expansion efforts have yet to generate big sales, but momentum looks to be picking up.

Himax stock has continued to make big gains early in February's trading. The company's share price is up roughly 21% in the month so far following strong quarterly results. 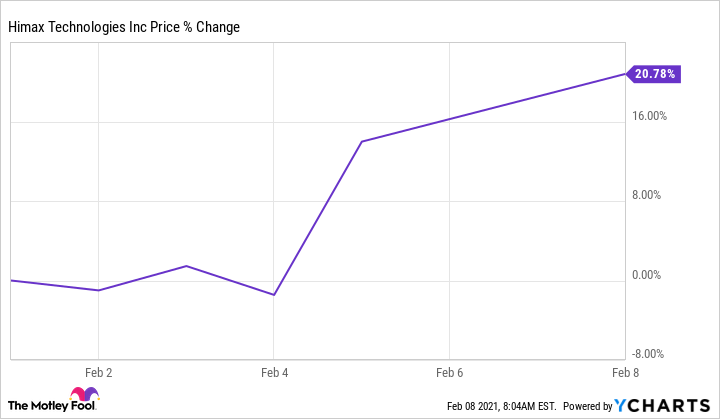 Himax published its fourth-quarter results on Feb. 3, with sales growing 57.7% year over year to come in at $275.8 million, and adjusted earnings up approximately 170% to reach nearly $0.20 per share. The company's sales and earnings came in roughly in line with the average analyst expectations, but also significantly above management's own targets.

Himax also gave an encouraging near-term performance outlook. The company sees an upswing of demand in the semiconductor market helping to boost margins, along with potential contributions from non-display-driver products for artificial intelligence and 3D sensing solutions.

The company now has a market capitalization of roughly $2.3 billion and trades at approximately 17 times this year's expected earnings and two times expected sales. Those metrics still look relatively attractive despite the recent rally, but investors have to keep in mind that Himax's business has tended to be pretty cyclical. There's potential for more big growth, but whether the company will continue to see big demand tailwinds power strong performance remains somewhat uncertain.