Please ensure Javascript is enabled for purposes of website accessibility
Log In Help Join The Motley Fool
Free Article Join Over 1 Million Premium Members And Get More In-Depth Stock Guidance and Research
By Billy Duberstein - Feb 8, 2021 at 8:42AM

Shares of IAC/InterActiveCorp (IAC 2.62%) rose 10.9% during the month of January, according to data provided by S&P Global Market Intelligence. The holding company, which owns a portfolio of internet businesses such as ANGI Homeservices, Vimeo, Dotdash, Care.com, and others, rose after the company raised more money for Vimeo at a very attractive valuation before its upcoming spinoff.

IAC's business model is to acquire and nurture internet business, giving entrepreneurs the benefit of the company's expertise and permanent capital. Once a business reaches significant scale and can stand on its own, IAC spins it off into an independent business. Successful past spinoffs include Expedia, Ticketmaster (now part of Live Nation), LendingTree, and Match Group. 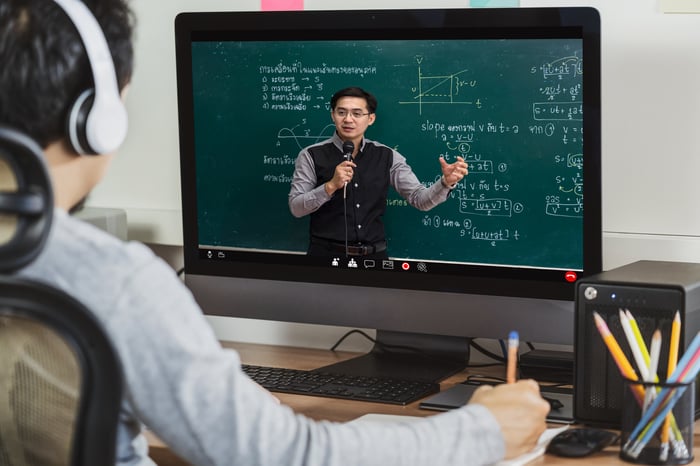 IAC is getting ready to spin off its internet video software-as-a-service (SaaS) business Vimeo. In November, IAC raised about $150 million from outside investors in Vimeo at a valuation of $2.75 billion. However, after the election and the release of COVID-19 vaccines, it appears Vimeo's valuation has taken off. In January, IAC announced it was raising another $300 million for Vimeo in two tranches, one at a $5.2 billion valuation and another at $5.7 billion. That's a doubling in value in just two months.

The spinoff to IAC shareholders is scheduled to occur by the second quarter, and should be successful -- Vimeo grew revenue 57% in December and into January, accelerating its growth rate even relative to the rest of the year, as major enterprises subscribed to its video service to reach employees and customers during the pandemic.

After the spinoff, IAC has a number of other promising businesses that could one day become successes like Vimeo. Of note, Dotdash is also showing accelerating revenue entering 2021, but there are other candidates as well. Since 1995, IAC has compounded value at 16%, versus 10% for the overall market, so it's easy to put your trust in IAC management, even after its big run.

Worried About a Bear Market? Here's a Perfect Stock for You

What Is IAC Planning With Its Acquisition of Magazine Publisher Meredith?