Please ensure Javascript is enabled for purposes of website accessibility
Log In Help Join The Motley Fool
Free Article Join Over 1 Million Premium Members And Get More In-Depth Stock Guidance and Research
By Beth McKenna - Updated Feb 10, 2021 at 9:06AM

Shares pulled back 2% the day after the results were released. We can attribute the market's slightly negative reaction in part to first-quarter 2021 operating income guidance coming in lower than analysts had been projecting. Another factor was probably investor concern over the news that founder Jeff Bezos plans to step down as CEO in the third quarter of this year.

Earnings releases tell only part of the story. Here are two key things management shared on the Q4 call that you should know. 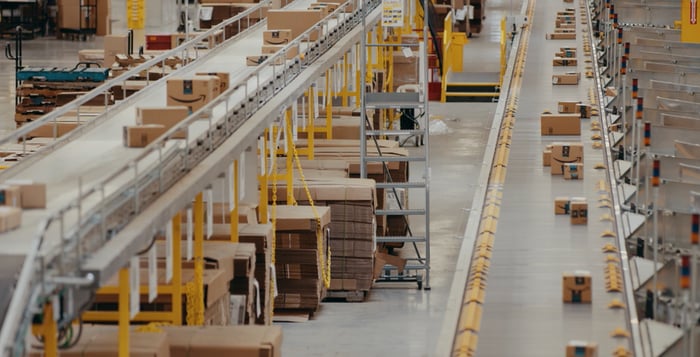 I would attribute it [in part] to the government actions in lockdowns that we saw especially in the U.K. and Europe. I think that [lockdowns outside of the U.S.] increased during the quarter, unfortunately for the economy, but [they] did drive higher sales on our site. We also saw probably a larger impact of moving Prime Day from Q3 to Q4 in international just because [this annual event is] a little more nascent there.

Of course, the lockdowns in the U.K. and Europe aren't catalysts that will continue once the COVID-19 pandemic ends. However, the Prime Day factor should prove more lasting, especially since Amazon continues to expand internationally.

In Q4, Amazon's "other revenue" line item (which comprises primarily advertising revenue) grew 64% in constant currency year over year. This metric grew 49% in the third quarter and 41% in the second. (I, too, wish Amazon would increase transparency and just break out its advertising revenue.)

Here's what Olsavsky had to say on this topic:

I would say that there's been a recovery in advertising spend as the year progressed. The fact that we moved Prime Day into Q4 [also] had an impact here because, again, it carried a lot of clicks and eyeballs into Q4. [...] But I want to highlight a lot of great work being done by the advertising team.

In Q4, Amazon's other revenue totaled just shy of $8 billion. We can't know how much advertising contributes to this total, but words commonly used by management, like "primary" and "principally," would seem to imply at least 80%. If we assume that advertising accounts for about 80% of other revenue, that would mean Q4 advertising revenue was in the ballpark of $6.4 billion, or just over 5% of the company's total revenue. Upping the assumption to 90%, advertising would account for about $7.2 billion, or 5.7% of total revenue.

As to Olsavsky's remark about the recovery in advertising spend, he's referring to an industrywide phenomenon. Many companies significantly reduced their spending on advertising in the early stages of the pandemic.

Olsavsky went on to describe some of the things that Amazon is doing to increase the efficiency and effectiveness of its advertising efforts. Notably, the company is "now using a deep-learning [a type of artificial intelligence] model to show more relevant sponsored products." Another factor revving up advertising revenue is the "rapid adoption of the video creative format for sponsor brands."

Investors should love to see outsize advertising revenue growth. While Amazon doesn't disclose the profitability of its advertising business, we can be sure it's greater (probably notably greater) than the company's overall profitability.