Please ensure Javascript is enabled for purposes of website accessibility
Log In Help Join The Motley Fool
Free Article Join Over 1 Million Premium Members And Get More In-Depth Stock Guidance and Research
By Taylor Carmichael - Feb 10, 2021 at 10:15AM

Stamps.com, Farfetch, and eXp World are three e-commerce stocks that will soar in 2021. Here's why.

Three stocks I really like for 2021 are Farfetch (FTCH -5.83%), Stamps.com (STMP), and eXp World Holdings (EXPI 0.49%). All three of these stocks dominate their respective sectors. Farfetch is a $22 billion company growing rapidly with the shift of high fashion sales to internet buyers around the world. Meanwhile, Stamps.com is the top shipping destination for small retailers that are moving online. And eXp World is using the internet to transform how we buy and sell real estate.

Shareholders of all of these names have been amply rewarded over the last year. The value of Stamps.com has almost tripled, with shares running up 195%. And Farfetch stock has had an amazing year, jumping up 459%. Both of those stocks have been dwarfed by eXp World. Over the last year, eXp shares have run up 981%.

Is it too late to buy? Not at all. Read more to see why this outperformance from these three names is just the beginning. 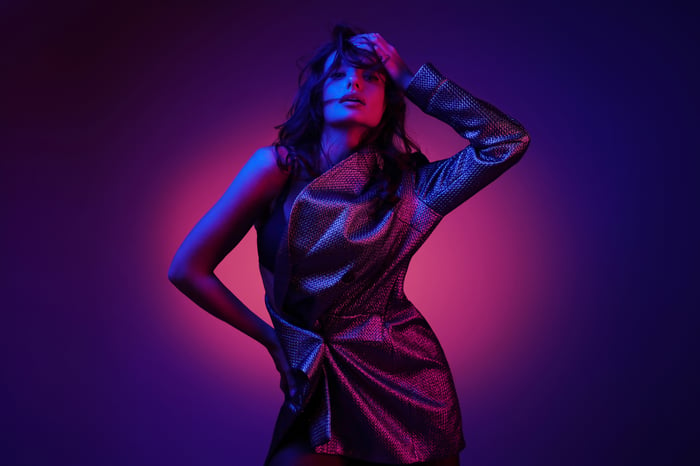 The fashion market is unbelievably large -- people spend $1.9 trillion every year on apparel and footwear. Over the next decade, more and more of that commerce will shift online. We've seen this happen over and over, from books and electronic games to automobiles and real estate.

In high fashion, the dominant internet name in this category is not Amazon, the king of e-commerce, but rather Farfetch, the juggernaut from the U.K. That's because premium brands are so important in selling high-priced clothes. While Farfetch has an internet portal, most of its money is made on the back end, helping other fashion retailers transition to online sales. In that sense Farfetch is probably a lot closer to the Shopify business model than Amazon's.

For the third quarter of 2020, Farfetch reported almost $800 million of high fashion was sold over its network. Farfetch also reported that Alibaba and Richemont had invested almost $1.2 billion in Farfetch as the company expands its high fashion reach into China, the largest market in the world. The company estimates China as a $175 billion annual opportunity for its 3,500-plus high fashion brands by 2025.

Stamps.com has been around for a couple of decades. The online seller of cheap postage had its initial public offering in 1999. Like many internet companies, the stock skyrocketed at first, and then crashed hard in 2000. For the next 15 years, the stock was underwhelming. And then in 2015, the stock started shooting higher. Over the next four years, it ran up from $46 a share all the way to $281. What caused this surge in the stock?

I believe that revenues started spiking with the rise of Shopify. That's because Shopify empowers small retailers to compete with Amazon. As more and more small businesses have started participating in the online market, these retailers turn to Stamps.com to help defray shipping costs.

Stamps.com's stock crashed in 2019, out of fear that the cancelling of its exclusive contract with the U.S. Postal Service doomed the company. That actually turned out to be a huge buying opportunity. Now Stamps.com has a major shipping deal with UPS, and it still contracts with the post office as well. Subscribers to the service can save up to 62% off the UPS rate.

Because of COVID-19, internet sales are skyrocketing, and the company's business is booming. Stamps.com enjoys 21% profit margins. Quarterly revenues are up 42% from a year ago, and earnings are up 600%. And the stock is very cheap, trading at six times sales. Value investors who are scared to own Shopify (at 63 times sales) might want to buy Stamps.com. This shipping company is benefiting from the Shopify revolution, and the stock is a lot cheaper.

Real estate sales is an unbelievably large market opportunity, maybe as high as $10 trillion worldwide. It's taken a while for people to figure out how to shift that business online, but it's now starting to happen. eXp World is a virtual real estate agency without brick-and-mortar operations. The company has 41,000 real estate agents around the world, working remotely via the internet.

I can't recall the last time I saw such stark differences between competitors. It's astounding to me. While all three companies are using the internet to transform real estate sales, one is executing remarkably, while the others are showing signs of failure. The key difference appears to be eXp World's focus on realtor compensation, and luring (and keeping) top agents under its roof.

What's exciting about eXp World is that the stock had a 10-bagger last year, and yet the company's market cap is only $9 billion. It's very early days for a company that is shifting the massive $10 trillion real estate market onto the internet.

In 2018, eXp World acquired Virbela, a cloud-based platform that allows people to have virtual meetings online. The company sees its Virbela subsidiary competing with Zoom in internet meetings. Using Virbela, eXp World had a virtual expo with 10,000 people attending. Try to do that on a Zoom call!

I'm bullish on these names for 2021 because of the outstanding growth rates, huge market opportunity, and (relatively) cheap price. Farfetch has a price-to-sales ratio of 13, while Stamps.com has a P/S of 6, and eXp World sells for 6 times revenues. All three of these stocks look like major buys right now.

Why Farfetch Stock Plummeted 20% in March

Why Farfetch Stock Fell 12% in February