Please ensure Javascript is enabled for purposes of website accessibility
Log In Help Join The Motley Fool
Free Article Join Over 1 Million Premium Members And Get More In-Depth Stock Guidance and Research
By Daniel Foelber - Feb 12, 2021 at 7:30AM

United Parcel Services' (UPS 2.60%) fourth-quarter earnings crushed analysts' expectations. The earning beat caps off a terrific year for the package delivery stock. Shares of UPS trounced the market last year, producing a 44% total return compared to the market's 17%. But they are yet to break out past the all-time high set in late October of last year. 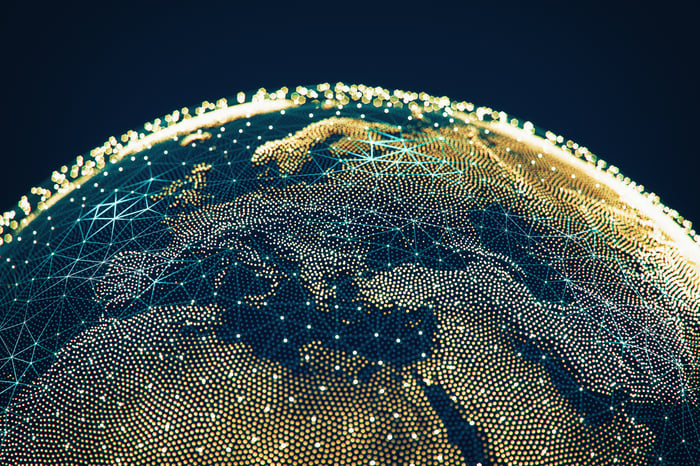 One of the biggest takeaways from the company's full-year results is its higher operating profit. When the pandemic hit, it was well assumed that UPS's revenue would skyrocket from higher package volumes as folks relied on deliveries like never before. Sure enough, UPS's revenue surged in the second quarter, but its operating profit margin fell due to a 21.9% decline in U.S. business to business (B2B) sales. Fast forward to the fourth quarter, and UPS grew average daily volume at 10.6%, less than the second quarter and the third quarter. However, U.S. B2B sales improved, down just 8.3%. And sure enough, the transportation stock posted $2.87 billion in operating profit, the highest in the company's history and 26% higher than the fourth quarter of 2019. In sum, the package delivery company proved that it could grow revenue and operating profit despite a slowdown in the overall economy and lower industrial production.

UPS isn't providing guidance for 2021 just yet, but it did give some color on the year ahead. Non-operating expenses are expected to decrease by $500 million compared to 2020. Overall capital expenditures are forecasted to be just $4 billion, compared to an adjusted $5.6 billion in 2020. The decline is largely because UPS spent the last two years making considerable investments in its fleet, healthcare business, and tools for small to medium-sized businesses (SMBs). It also invested $750 million toward time in transit in 2020, and launched its Fastest Ground Ever program in early November 2020 instead of June 2021. The result is that a lot of the spending UPS would have done in 2021 was done last year instead. It also sold UPS Freight, which will result in fewer expenses. Lower expenses will help UPS pay down $2.5 billion in debt this year. The company doesn't plan to take on any new debt in 2021. It also expects to raise its dividend again thanks to consistently strong free cash flow (FCF).

The main takeaway here is that UPS will operate a lot differently this year than last. 30% lower capital expenditures is no small number and should help the company's bottom line. However, UPS's performance, and potentially its stock price, will depend on the effectiveness of last year's spending more so than this year's. UPS paid a hefty price to expand its faster shipping network and beef up its logistics to handle the vaccine rollout. The extent to which it can capitalize on those efforts could ultimately determine its growth over the next few years. 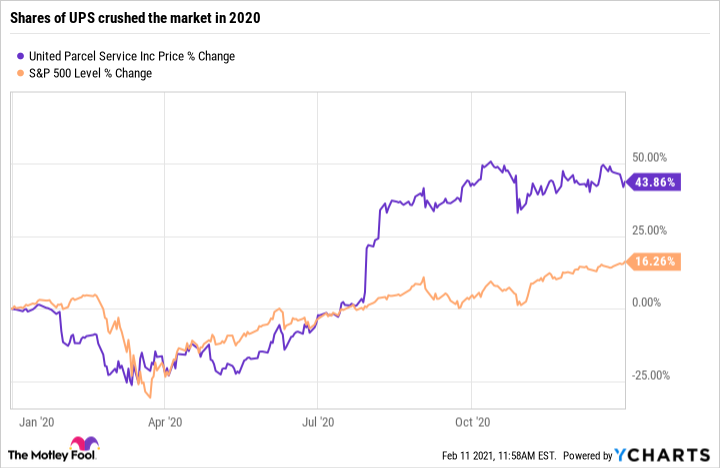 UPS will face difficult comps in 2021, especially during the second half of the year when it posted particularly impeccable numbers. As great as record-breaking quarters are, they make the next year's performance look comparatively poor even if it's actually good. One way of thinking about this is imagining a "B level" student aces an exam then scores a B+ on the following exam. The B+ is great because it's better than how the student usually does. But it looks bad because they aced the prior exam. Quarterly earnings can work in the same way, so it's worth considering them in the right context. In this case, it's unlikely UPS will be able to post growth as high as it did in 2020, but a recovery in B2B sales could pair well with long-term e-commerce growth.

The ideal scenario is that UPS spends less money and is able to retain a considerable number of its 2020 customers. Put another way, investors should pay close attention to how "sticky" its business to consumer (B2C) sales were. One-off sales growth means little to long-term investors. But UPS expects that e-commerce is a real paradigm shift grounded in consumer behavior trends. If UPS can retain many of the retail shoppers and SMBs it gained in 2020 while recovering B2B sales, then the industrial stock will look like a steal at today's share price.