Even as markets took a pause, there's still plenty of action in individual stock names.

Stocks have been in a holding pattern most of this week, and Friday was no exception for the Nasdaq Composite (^IXIC 0.00%). As of 2 p.m. EST, the Nasdaq was right at the unchanged mark, with most other major market benchmarks giving up minimal amounts of ground in preparation for the three-day weekend.

Yet that doesn't mean that every stock on the Nasdaq was stuck in neutral. Shares of Illumina (ILMN -1.96%) and Coherent (COHR -1.49%) were among the best performers on the exchange on Friday, with one stock benefiting from capitalizing on a huge opportunity while the other got even more interest in the mergers and acquisitions arena.

Illumina looks healthier than ever

Shares of Illumina were higher by 14%. The genetic sequencing and diagnostics specialist reported financial results late Thursday that made shareholders quite pleased to see the current favorable environment for the company. 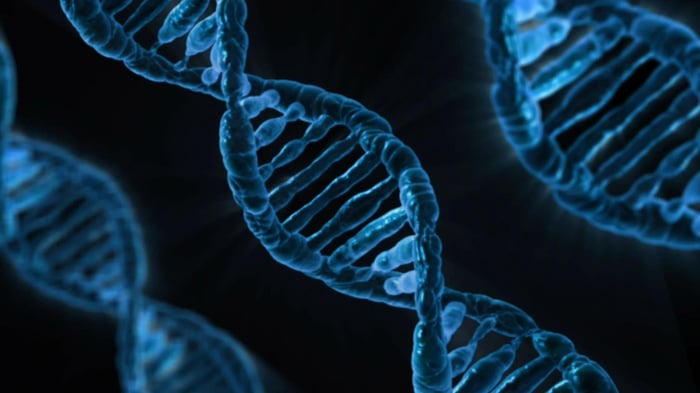 Illumina's numbers were solid. Revenue for the fourth quarter inched higher on a year-over-year basis, reaching a new record. Earnings climbed 9% from year-ago levels, although mark-to-market adjustments on Illumina's marketable equities hurt Illumina's bottom line on an adjusted basis. Orders came in at a record as well, with particularly strong demand for sequencing instruments and the company's proprietary NovaSeq platform.

Illumina is also optimistic about the future. The company sees the recovery from the pandemic continuing in 2021, and that should prompt further growth for genetic sequencing.

Financially, Illumina still has work to do. But with projections for revenue growth of 17% to 20% in 2021, and for earnings to recover 13% to 19% year over year, things are looking up for the company after a tough environment.

Meanwhile, shares of Coherent jumped 15%. The fiber-optic laser specialist had thought that it would potentially merge with one prospective acquirer, but another bid appeared today that could make things interesting for all the parties involved.

Coherent had already seen big gains from multiple recent offers. Lumentum Holdings (LITE -3.94%) had opened with a $5.7 billion cash and stock deal, under which Coherent shareholders would get $100 in cash and about $126 in Lumentum stock per share of Coherent stock. Then, MKS Instruments (MKSI -3.26%) offered a sweeter deal worth around $240 per share, including $115 in cash and the rest in MKS stock, for a total deal value of $5.9 billion.

Today's offer from II-VI (IIVI -7.36%) upped the ante to $6.4 billion, with a $260 per share offer split almost exactly 50/50 between cash and stock. II-VI argued that its bid is superior to both competing proposals. Coherent acknowledged receipt of the unsolicited bid, and while it continues to recommend the Lumentum deal to which it agreed, it will review and consider both MKS's and II-VI's proposals.

Coherent stock is trading slightly above $260, showing that investors hope there'll be continued wrangling among the three bidders. At this point, some sort of takeover seems inevitable, but it'll be interesting to see which potential buyer emerges victorious.

These 2 Nasdaq Winners Are Lighting Up the Market Tuesday
Why Electronic Arts, Illumina, and BlackBerry Jumped Today
Why Alcoa, Illumina, and Whirlpool Soared Today
Verizon Takes Shape, and Illumina Steps Up
Do You Know the Top Stocks of the Last Decade?