The SPAC is rumored to be exploring a merger with Origin Materials.

Shares of Artius Acquisition (Nasdaq: AACQ) (AACQ.U) have popped today, up by 16% as of 11:15 a.m. EST, following a Bloomberg report from Friday evening that the special purpose acquisition company (SPAC) is in talks to merge with Origin Materials. Negotiations are ongoing and may not result in a deal, according to the report.

Artius went public last summer and was initially targeting the fintech sector, so the speculation suggests that it's now exploring other industries. The SPAC was co-founded by former Worldpay CEO Charles Drucker, but the company noted in its prospectus that Drucker is party to a non-compete agreement until July 31, 2021 that could limit the potential targets to merge with. That may be why Artius is now reportedly looking outside of fintech. 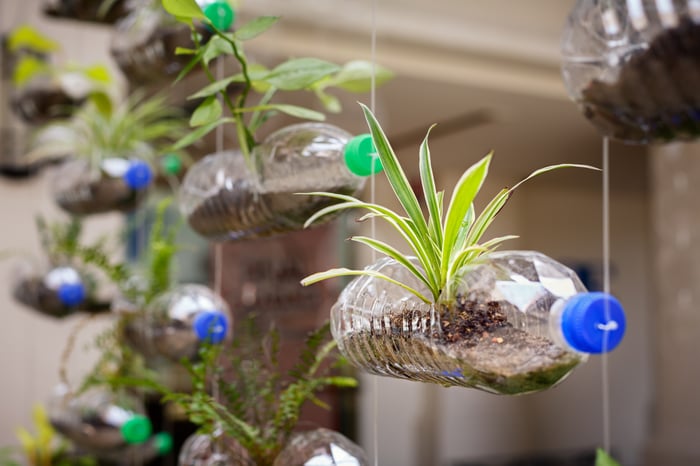 Origin Materials is an industrial materials company that's developing an environmentally friendly alternative to plastic that's made entirely out of plants. Instead of getting carbon from petroleum, the company uses biomass harvested from wood.

Origin Materials has a growing list of prominent partners and customers that include many food giants such as PepsiCo, Danone, and Nestle, among others. The company also helped create the NaturALL Bottle Alliance, a research group tasked with accelerating the development of sustainable packaging with some of those larger companies. Meanwhile, investors have been broadly clamoring for companies related to renewable energy and decarbonization.

No financial details were included in the report, but Artius has approximately $725 million in its trust account.