Despite the downgrades, faster vaccination rates promise a return to cruising sooner rather than later.

Friday was a rough day for cruise industry investors, and the first day after the holiday -- Tuesday -- isn't looking much kinder, at least not in financial news. On Friday, investment bank Berenberg downgraded cruise line stocks across the sector, cutting both Carnival (CCL 8.46%) (CUK 8.00%) and Royal Caribbean (RCL 8.69%) from hold to sell, and demoting Norwegian Cruise Line Holdings (NCLH 12.09%) from buy to hold.

Today, the news got arguably even worse, with that last company -- Norwegian Cruise Line -- announcing that it will extend its own global sailing suspension through the end of May 2021. And yet...Carnival Corporation stock was up 6.6% as of 11:11 a.m. EST, while rivals Royal Caribbean and Norwegian Cruise Line were gaining 6% and 5.2%, respectively. 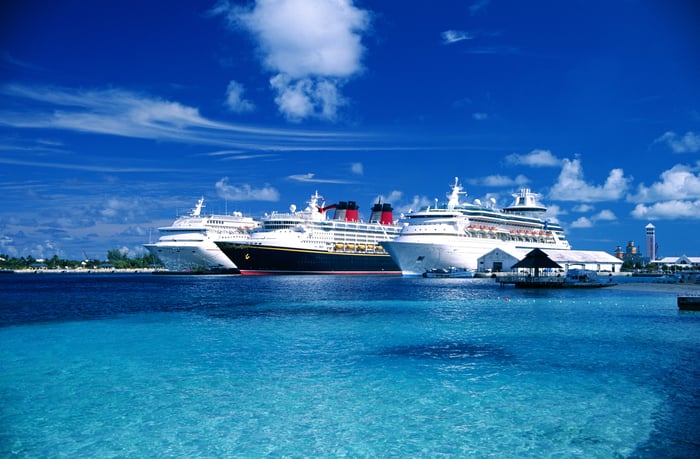 According to the analysts at Berenberg (via reports at TheFly.com), Wall Street has "no idea" when cruising will resume at any of the major cruise lines, at least not with enough passengers aboard to have any appreciable effect on revenue. For its part, Berenberg doesn't see anything like a return to normal happening before 2024 or even 2025.

Meanwhile, debt levels are "ballooning" across the sector, and assuming banks are going to want to be paid interest on that debt, the entire business model of the cruise industry is looking increasingly "unsustainable."

Then, just to drive that point home, Norwegian confirmed that previous hopes for a return to cruising this summer are looking increasingly unrealistic.

And yet, cruising will resume sometime -- and probably sooner than Berenberg predicts.

Greater numbers of vaccinations will help to move that date forward. Last month, if you recall, tiny cruise operator Saga in the U.K. announced that it would require proof of vaccination against coronavirus for anyone who wants to board its cruise ships. American Queen Steamboat Company and Victory Cruise Lines in the U.S. followed suit this month.

The larger operator Norwegian had already said it's considering a similar move, and late Friday -- after trading closed last week, but before it was able to resume for this week -- Royal Caribbean confirmed that it will require all of its crew members to be vaccinated once cruising resumes.

"Several vaccines have shown to be effective at preventing both mild and severe symptoms of COVID-19," advised Royal Caribbean in a letter to its employees, "and we intend to make them a key component of our healthy return to service."

With healthcare workers having already administered 52 million vaccinations in the U.S. over the past two months, and the rate of vaccination accelerating by the day, a "return to normal" by 2024 or 2025 sounds unduly pessimistic to me. We may not see cruising resume in time for summer, granted. But I see a return to cruising before 2022 as more likely than not.