Please ensure Javascript is enabled for purposes of website accessibility
Log In Help Join The Motley Fool
Free Article Join Over 1 Million Premium Members And Get More In-Depth Stock Guidance and Research
By Howard Smith - Feb 17, 2021 at 10:54AM

The rumor of a combination between the EV maker and the SPAC appears closer to becoming fact.

Today, shares of Churchill Capital were up another 9% before settling back to a 4% gain as of 11:15 a.m. EST. This comes a day after shares soared 32%.

The most recent surge comes after Reuters reported that a deal valuing the combined company at $12 billion is nearing. Churchill Capital IV was formed by former Citigroup banker and Wall Street veteran Michael Klein. Reuters reported yesterday that Klein launched a new financing round to raise more than $1 billion for a deal with Lucid. 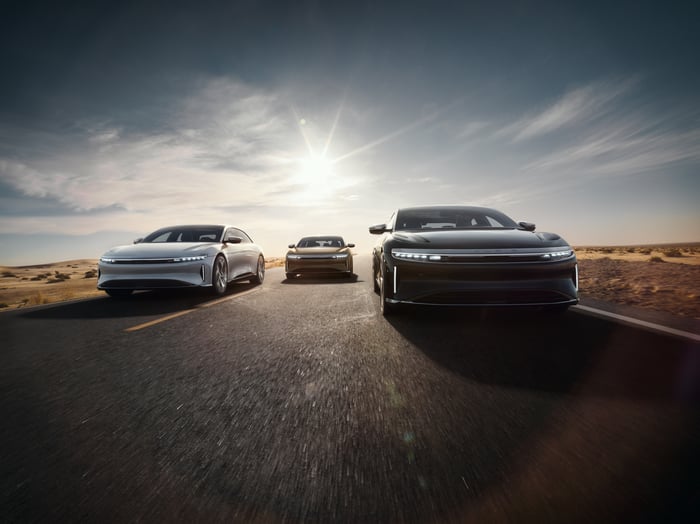 The financing will be through a private investment in public equity (PIPE) transaction, and depending on demand, could be as much as $1.5 billion. Saudi Arabia's sovereign wealth fund invested more than $1 billion in Lucid in 2018, helping to fund the company's Arizona manufacturing facility.

The first Lucid vehicles are expected to be available this spring, beginning with the $161,500 Air Dream Edition. There is much optimism for the future prospects of the electric car maker, but at today's share price, investors would be buying at a valuation greater than $60 billion if the reported details come to fruition. Buyers today need to be aware of this valuation level.