Please ensure Javascript is enabled for purposes of website accessibility
Log In Help Join The Motley Fool
Free Article Join Over 1 Million Premium Members And Get More In-Depth Stock Guidance and Research
By Rich Duprey - Updated Feb 18, 2021 at 9:24AM

Special purpose acquisition companies, or SPACs, have become the hottest investing trend, with blank check companies raising over $46 billion in the first six weeks of 2021 compared to the $83.4 billion they raised for all of last year.

And the numbers are growing exponentially. Just 59 SPACs went public in 2019, but 248 went public last year, and so far this year 145 SPACs have gone public. More are coming.

Although SPACs are typically created and sponsored by institutional investors like private equity companies or hedge funds, or even by billionaire investors, we may soon see a different kind of blank check company emerge: The corporate-sponsored SPAC. 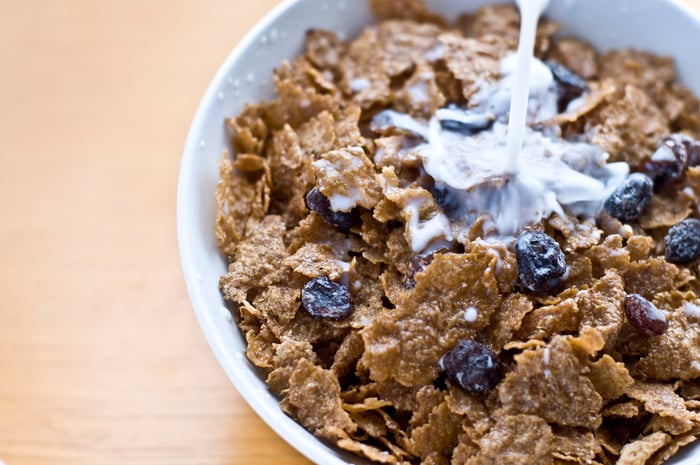 Taking SPACs in a new direction

Cereal maker Post Holdings (POST -0.42%) just announced it was launching a SPAC that intends to raise $400 million to bring public a company in the consumer products industry.

The owner of brands such as Raisin Bran and Grape Nuts said it set up the Post Holdings Partnering Corporation subsidiary for an initial public offering (IPO) that will sell 40 million units in a company "that complements the experience and expertise of Post's management team and is a business to which Post's management believes it can add value."

Evercore and Barclays Capital are serving as the lead book-runners for the proposed offering, and they have the option of purchasing up to 15% of the units offered, which would bring the total offering to 46 million units if they fully exercised their option.

The SPAC will be managed by Post's current management team, including its president and CEO Robert Vitale, who will serve as chief investment officer.

A history of value creation

This represents a completely new avenue of investment for Post Holdings, which has typically made acquisitions in the past to generate increased shareholder value, as well as spinning off brands.

Itself the product of a spinoff from private label foods maker Ralcorp, the SPAC's filing notes Post generated 279% in total shareholder returns since then. It says this is among the highest of any of its peers, even though its foodservice business, which provides products to the Bob Evans Farms restaurant chain, was affected by the pandemic's effect on its foodservice business.

Post has acquired a number of businesses over the years, such as Bob Evans, Weetabix, and Michael Foods, but it also spun out others including BellRing Brands, which was formed after the acquisition of Premier Protein, Dymatize, and PowerBar. Post remains the majority shareholder in the business.

So jumping onto the SPAC bandwagon is a new avenue of value creation for the cereal maker.

A better route to public markets?

There is a good reason SPACs have proliferated over the past year. The COVID-19 pandemic made the IPO market much more volatile and uncertain, causing a number of companies to pull their offerings, but a merger with a SPAC gives the company much more control and certainty, and does so at lower cost.

A business can basically name its own price with the SPAC sponsors, and the process can occur more quickly than the usual IPO roadshow. Investing in a SPAC, though, means an investor is buying a pig in a poke. You don't know what company the SPAC will latch onto, if it does at all.

Yet because SPACs have a finite lifespan -- usually about two years -- the monied institutional investors launching them are incentivized to strike a deal, any deal, before the clock runs out. That doesn't necessarily mean the company it will be bringing public is a good investment.

The start of a trend

A corporate-sponsored SPAC like Post Holdings Partnering could be a better bet. The cereal maker has a track record of value creation for its investors and arguably will have a sharpened sense of what kind of business best meets its needs. As long as it stays within its wheelhouse, an investor could argue the resulting company will be as good as the sponsor.

Billionaire John Malone is chairman of the SPAC's sponsor, and he has a notable record of putting together deals. Liberty Media itself is an agglomeration of companies cobbled together over the years, with large stakes in SiriusXM, LiveNation, and more.

Now that SPACs are part of the IPO landscape, and could become the preferred route of bringing businesses public, we may see even more corporations using the method to generate shareholder value.