Please ensure Javascript is enabled for purposes of website accessibility
Log In Help Join The Motley Fool
Free Article Join Over 1 Million Premium Members And Get More In-Depth Stock Guidance and Research
By Daniel Foelber - Feb 19, 2021 at 9:03AM

UPS is growing delivery volumes and expanding its profit margin like never before.

After posting impressive second-quarter and third-quarter results, United Parcel Service (UPS 0.51%) blew fourth-quarter expectations out of the water thanks to improved profit margin. The headline story for UPS in 2020 was higher revenue -- as lower-margin, higher-volume business-to-consumer (B2C) shipments displaced higher-margin lower-volume business-to-business deliveries (B2B). The narrative changed in the fourth quarter when UPS was able to grow revenue, adjusted operating profit, and operating margin across the board. It was a "prove it" quarter, and UPS delivered by growing margins for the first time during the pandemic.

Let's dive into each of UPS's segments to find the factors that contributed to the transportation stock's best quarter ever. 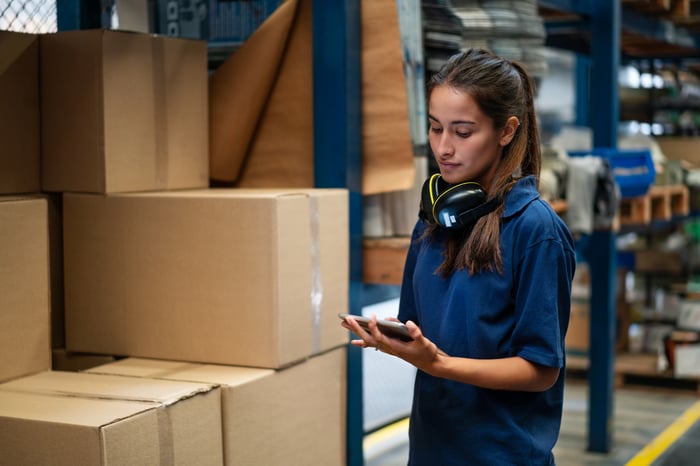 One key takeaway from UPS's domestic numbers was its ability to grow profit despite higher expenses. Expenses rose 17.7% year over year because UPS drivers had to stop 15.7% more than in the same period last year to deliver single-piece items.

UPS's international segment was one of the big success stories of the fourth quarter. The company added 365 flights, which helped grow its average daily volume by 21.9%. The result was even better growth than the company posted in the third quarter as UPS notched record-high operating profit and a record-high 24.3% operating margin.

B2C volume more than doubled and B2B volume ticked up 2%, which UPS noted was the first quarterly B2B growth in 2020. The big standout was Asia exports, which were up 45%. Total exports rose 27.8%.

Similar to the third quarter, supply chain and freight benefited from strong growth out of Asia. Despite a slightly lower operating margin, the fourth-quarter results were even better than the third quarter.

UPS's plan to continue growing profit margin and volume is based on prioritizing certain customers. For U.S. domestic, this means a continued focus on small and medium-sized businesses and other higher-margin segments while limiting investments in lower-margin areas. In the company's fourth-quarter conference call, CFO Brian Newman said, "the combination of revenue quality and cost actions will expand domestic margins in the year."

Another key driver for the company's overall margin growth is the international segment. UPS's international segment is less talked about than U.S. domestic, but it has been and continues to be the company's most profitable division. Like U.S. domestic, UPS is focusing on higher-profit opportunities. On international, Newman commented that UPS is "going for shorter-term paybacks in areas like international and healthcare and technology ... to generally capture the growth in high-return areas." In sum, UPS is growing margins by targeting high-profit industries like healthcare and auto and exporting more to profitable regions like Asia and Europe. 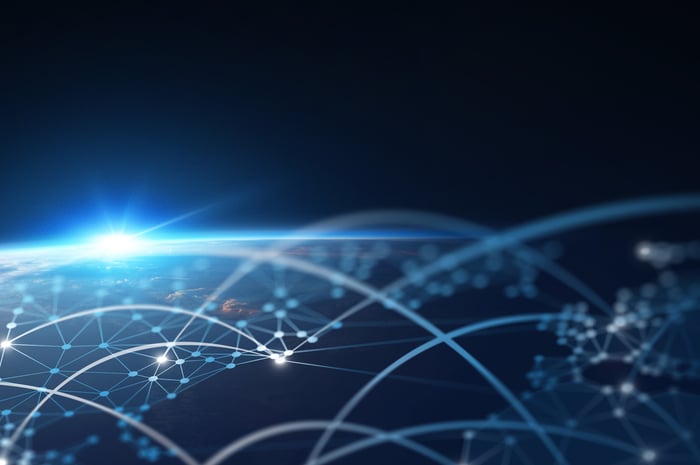 Translating revenue growth into profits bodes well for increasing the company's stable and growing dividend. What's more, UPS was able to generate tons of free cash flow (FCF) in 2020 and plans to reduce costs in 2021. FCF can be used to buy back shares, pay dividends, pay down debt, and more. It sounds simple, but the more UPS can lean into high-growth opportunities, the more it can grow its business and its dividend payment. UPS has already raised its quarterly dividend to $1.02 per share in 2021, a yield of 2.5% at today's prices. Management has repeatedly stressed its commitment to growing the dividend, which should be doable given the company's impressive performance.