Please ensure Javascript is enabled for purposes of website accessibility
Log In Help Join The Motley Fool
Free Article Join Over 1 Million Premium Members And Get More In-Depth Stock Guidance and Research
By Keith Speights - Feb 22, 2021 at 5:51AM

You'll definitely want to check out these promising SPACs.

You might call what we're experiencing in the investing world right now as the attack of the SPACs. Special purpose acquisition companies are seemingly popping up all over the place. Stock exchanges might have to expand the number of letters available in ticker symbols to handle the flood of SPACs. (Just kidding -- maybe.)

There are quite a few SPACs that you'd be best to avoid like the plague. However, there are also some worth checking out. Here are two SPAC stocks to buy right now that should make you a fortune over the long term. 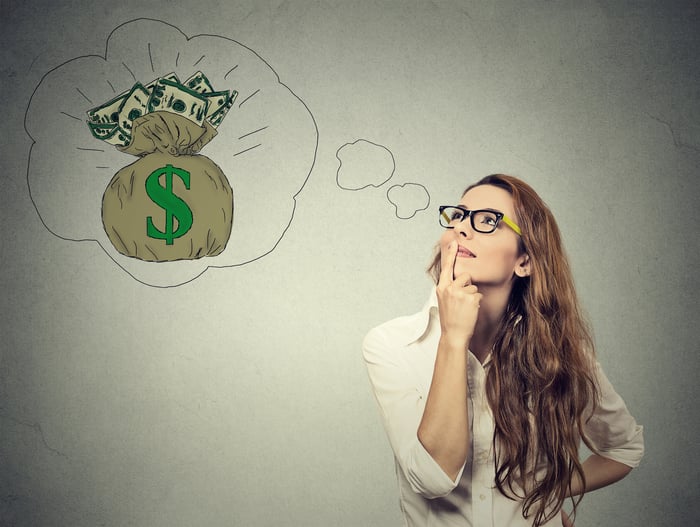 Billionaire Chamath Palihapitiya actually could soon run out of letters for his SPACs. He recently filed with the U.S. Securities and Exchange Commission (SEC) to form seven new SPACs with ticker symbols IPOG through IPOM. Keep your eyes on Palihapitiya's next moves, but in the meantime consider investing in Social Capital Hedosophia Holdings V (IPOE).

IPOE is moving forward with plans to merge with fintech up-and-comer SoFi. The deal values SoFi at $8.65 billion. SoFi offers a "one-stop shop" for a wide range of financial services on its smartphone app. Users can apply for loans, refinance loans, buy insurance, invest in stocks and cryptocurrency, transfer money to others, and more.

Membership on SoFi's flagship app has accelerated for six consecutive quarters. The company expects 75% growth this year with its total members topping 3 million by the end of 2021.

SoFi also owns Galileo and runs the businesses as an independent operation. Galileo provides technology infrastructure services to financial services providers. Its platform currently has around 50 million accounts. Sofi's goal is to turn Galileo into the Amazon Web Services of fintech.

There's one key thing to watch with SoFi that could turbocharge its growth. The company received preliminary conditional approval in October for a national bank charter. If SoFi wins final approval to operate a bank, it could add close to $1 billion in additional adjusted EBITDA through 2025.

Alec Gores is another billionaire investor who has been quite active in forming SPACs. At last count, Gores Holdings had filed for eight SPACs. The one I'm most intrigued by right now is Gores Holdings VI (GHVI).

Earlier this month, GHVI announced plans to merge with spatial data company Matterport. The transaction pegs an enterprise value for Matterport at $2.3 billion. GHVI and Matterport expect the merger will close in the second quarter of 2021.

What in the world is a spatial data company? Matterport built technology that can build a digital 3D model from any physical space -- homes, offices, stores, museums, you name it. So far, the company has digitized more than 10 billion square feet of space and counting. That's the biggest spatial data library on the planet.

Matterport singlehandedly created the spatial data market in 2011 and remains the clear market leader. It currently has over 250,000 customers in more than 150 countries. The company's customer base includes over 13% of the Fortune 1000.

The company estimates its total addressable market is around $240 billion. That number is calculated by multiplying 20 billion building spaces by $1 per month. I don't think Matterport will come anywhere close to capturing this full market. However, even if it only snags a 1% market share, that's $2.4 billion in annual revenue.

By the way, I'm putting my money where my mouth is with these SPAC stocks. I bought an opening stake in GHVI earlier this month. I also plan on investing in IPOE in the near future. My view is that these stocks really should make you a fortune. I'm counting on them to make me a fortune, too.

There's Big News for Fintech Stocks, and These 4 Could See a Significant Upside