The deal that's been subject to speculation and rumors for the past month is finally announced.

Luxury electric-vehicle (EV) maker Lucid Motors is finally going public. After a month of speculation that special purpose acquisition company (SPAC) Churchill Capital IV (CCIV) would merge with the promising EV company, it has come to pass. The transaction values the combined entity at $11.75 billion, but when taking all aspects of the deal into consideration, the company would be valued at $24 billion.

Lucid Motors will receive an infusion of $4.4 billion in cash from both Churchill Capital IV and the private investment in public equity (PIPE) investors. PIPE investors entered the deal at a price of $15 per share, or 50% above Churchill's $10 initial price. 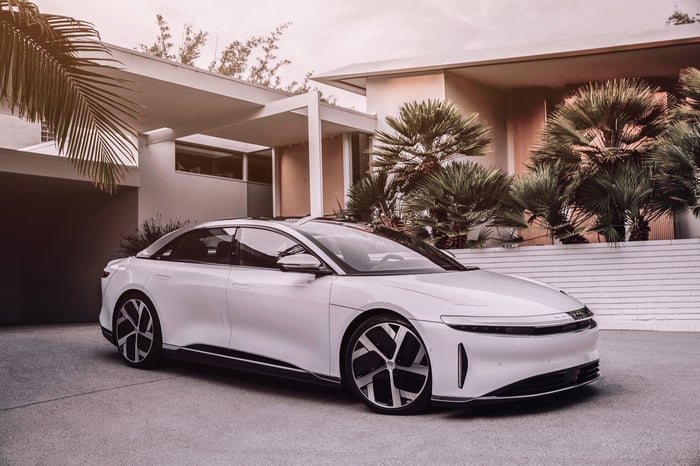 Peter Rawlinson, former Tesla (TSLA -0.06%) lead engineer, will stay on as CEO and CTO of Lucid. "Lucid is going public to accelerate into the next phase of our growth," Rawlinson said. The company's first luxury sedan, the $161,500 Air Dream Edition, will be available beginning this year from its Arizona manufacturing facility.

Rawlinson also said that Lucid will follow the Air sedan model with a performance luxury SUV called Gravity beginning in 2023. The Arizona facility will be capable of producing 365,000 units at maximum capacity.

Lucid isn't stopping there. Rawlinson hinted at further business arrangements, commenting that "this transaction further enables the realization of our vision to supply Lucid's advanced EV technologies to third parties[,] such as other automotive manufacturers[,] as well as offer energy storage solutions in the residential, commercial[,] and utility segments."