Please ensure Javascript is enabled for purposes of website accessibility
Log In Help Join The Motley Fool
Free Article Join Over 1 Million Premium Members And Get More In-Depth Stock Guidance and Research
By Evan Niu, CFA - Feb 22, 2021 at 11:47AM

The investor who has been credited with sparking interest in the video game retailer buys more shares.

Shares of GameStop (GME -4.79%) surged by as much as 20% today after Keith Gill, known by "Roaring Kitty" on social media and a more vulgar username on Reddit, increased his stake in the video game retailer. Gill has been widely credited with driving retail interest in GameStop, which culminated in a gargantuan gamma squeeze last month. As of 11:05 a.m. EST, the stock was up 6%.

Gill posted an update on Reddit's WallStreetBets forum on Friday evening showing that he had increased his position from 50,000 shares over two weeks earlier to 100,000 shares . The fresh investment increased Gill's average cost basis from $14.89 to $26.80. 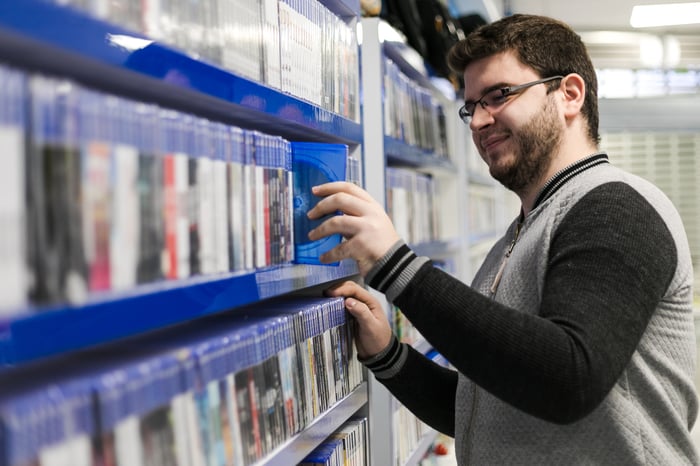 The disclosure has appeared to given more confidence to retail traders who believe in GameStop's bullish thesis of transforming into a digital powerhouse for the gaming industry.

The news comes after Gill testified virtually last week in front of the U.S. House Committee on Financial Services, which has been examining the saga over concerns around potential market manipulation and the possibility of individual investors being hurt. Lawmakers also questioned Robinhood CEO Vlad Tenev, Reddit CEO Steve Huffman, and institutional investors Gabriel Plotkin of Melvin Capital and Ken Griffin of Citadel. During his testimony, Gill reaffirmed his confidence in GameStop's future prospects.

"I believed -- and I continue to believe -- that GameStop has the potential to reinvent itself as the ultimate destination for gamers within the thriving $200 billion gaming industry," Gill said.