Please ensure Javascript is enabled for purposes of website accessibility
Log In Help Join The Motley Fool
Free Article Join Over 1 Million Premium Members And Get More In-Depth Stock Guidance and Research
By Howard Smith - Feb 22, 2021 at 11:45AM

The electricity retailer is going to take a big hit, and may not recover, from the Texas power grid breakdown.

Shares of Canadian electricity and natural gas retailer Just Energy Group (JE -13.52%) are continuing to be impacted by the severe winter storm in Texas and related power grid breakdown. As of 11:25 a.m. EST, shares of Just Energy were down 30% compared to Friday's close.

Last week, the company said it would delay filing its financial statements due to unknown impacts from the Texas weather event. Just Energy services 10 U.S. states including Texas. The company said in a statement last week that the Texas situation "may result in a positive or negative financial impact to the company, which could be substantial."

Today, a new statement confirmed the likelihood that the situation "has resulted in a substantial negative financial impact." 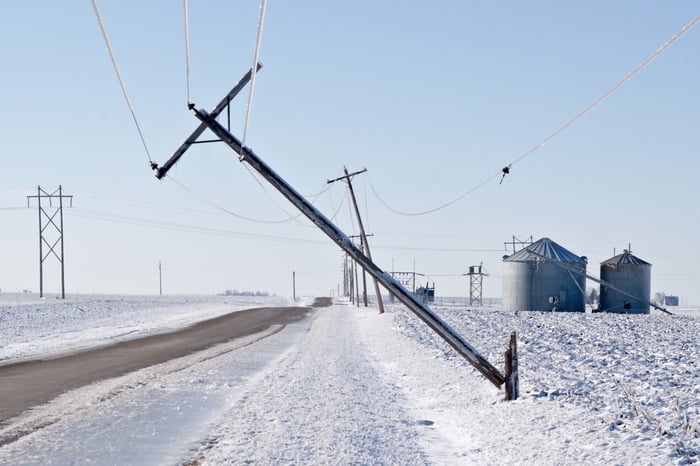 Just Energy now says it won't be able to file its financial statements and executive reporting documents until Feb. 26. It said it can't determine the financial impacts at this time due to problems obtaining "accurate information regarding customers' usage from the applicable utilities."

But based on the real market prices of about $9,000 per megawatt hour (MWh) during much of the utility crisis, it expects losses could be approximately $250 million. To put that in perspective, the market cap of the entire company is currently about $200 million.

There is a chance the Texas state government could play a role in a resolution, but barring that, Just Energy says that the impact "could be materially adverse to the company's liquidity and its ability to continue as a going concern." Investors today are heeding that warning.