The answers to three questions point to continued gains ahead.

There is no one type of stock that will guarantee outstanding returns. Looking back over the 10 best performing stocks of the 2010s, you would find everything from equipment leasing and pizza to streaming videos. The outcome -- which stocks end up succeeding -- might seem random, but there are three simple questions investors can ask themselves to help filter out the pretenders. Using this approach, let's see if Intuitive Surgical (ISRG 2.53%) has what it takes to be a millionaire-maker stock. 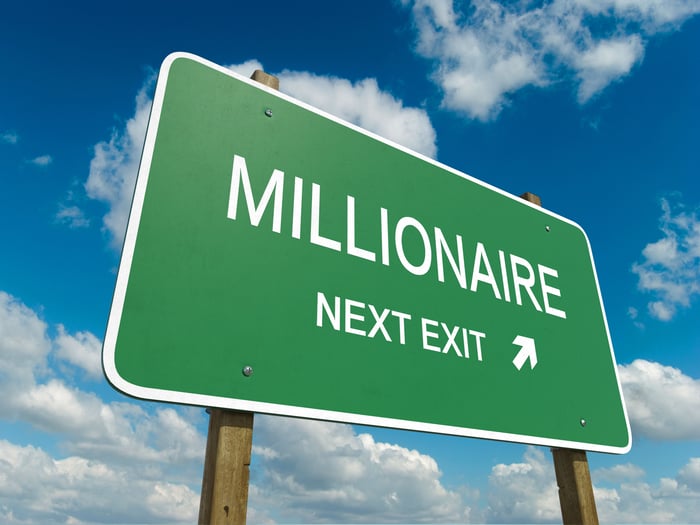 1. How likely are customers to keep buying from the company?

Intuitive Surgical generates revenue in two business segments: products and services. The products are the da Vinci surgical systems and the instruments and accessories that go along with it. The services are annual contracts that consist of support, training, repair, and maintenance.

The company has introduced four da Vinci surgical systems over the years and sold them for an average of about $1.5 million each over the past decade. Each iteration has introduced technical advances such as additional arms, bodily access, information displays, as well as other integrated and complementary devices, with almost 6,000 units in use across the globe -- up from about 1,752 at the end of 2010.

Service contracts for installation, maintenance, and support generate between $80,000 and $190,000 per system annually, and typically renew. This recurring revenue, sales that are expected to continue each year, is highly valued by investors.

The other form of recurring revenue for the company, instruments and accessories, is driven by how often the systems are used. These include tools to access the body from different angles, cut, and suture. In total, these generate about $2,000 in revenue per procedure, ranging from $600 to $3,500 depending on the surgery. With so many da Vinci systems in use, this segment has become the largest part of the business.

2. Can the market support long-term growth?

With a market capitalization of $93 billion, up 600% in the past decade, it's fair to ask how much bigger the company could grow. After beginning with general laparoscopic procedures in 2000 and moving on to gynecology and urology in 2005, the company now performs more general surgery procedures than any other type. That includes procedures like bariatric surgery, hernia repair, and colorectal surgery, which had grown consistently above 30% per year in the U.S. before the COVID-induced slowdown of 2020. Still, only 15% of surgeries in the U.S. are currently done with robotic assistance. That leaves five out of six surgeries for potential growth as the technology continues to improve.

It's clear management intends to take advantage of the huge growth opportunity outside the U.S. as well. As system sales grew over the past decade, the installed base has become decidedly more international. That shift has been driven by an increasing penetration into Asia. Management's ability to gain adoption in China, with its nearly 1.5 billion people, has been especially helpful. That huge opportunity should make investors comfortable projecting recent growth well into the future.

3. How will the market value the company?

Coming into 2020, Intuitive Surgical had grown sales nearly 14% per year since 2010. Although COVID-related shutdowns pushed growth slightly negative last year, it's likely safe to assume growth will return. Management has said it will take a few quarters for those who put off tests and procedures to work through the system, but there isn't much risk of them never getting the minimally invasive surgery they need.

The company currently trades for a price-to-sales ratio (P/S) of 22 that has risen for most of the last decade. Valuing each dollar of revenue more is presumably because the recurring revenue has become a larger part of sales. Applying the historical growth rate and the current P/S ratio, the projected $15.7 billion in 2030 sales would command a market capitalization of $346 billion. That's 3.7 times the current value. Based on those assumptions, an investment of $268,600 would turn into $1 million over the next decade. Push the growth out 20 years and a mere $73,000 of the stock could make an investor a millionaire.

Of course, the market can suddenly decide the sales and earnings of any stock are worth more or less than they are now, and Intuitive Surgical is no exception. However, the predictability of service contracts and instrument and accessory sales, increasing approval for additional robotically assisted procedures, and an enormous geographic opportunity offer unusual likelihood that growth can be sustained indefinitely. That should work out well for Intuitive Surgical shareholders who are willing to let time work its magic.