Please ensure Javascript is enabled for purposes of website accessibility
Log In Help Join The Motley Fool
Free Article Join Over 1 Million Premium Members And Get More In-Depth Stock Guidance and Research
By Keith Speights - Feb 23, 2021 at 6:04AM

Yes -- if you're looking for the same qualities in a stock that the billionaire investor is.

In total, Berkshire bought 10 stocks in Q4. Its activity featured new positions in four stocks and adding to positions in six stocks, including AbbVie (ABBV 1.91%) and Bristol Myers Squibb (BMY 0.14%). Buffett just bought these two dirt-cheap stocks. Should you? 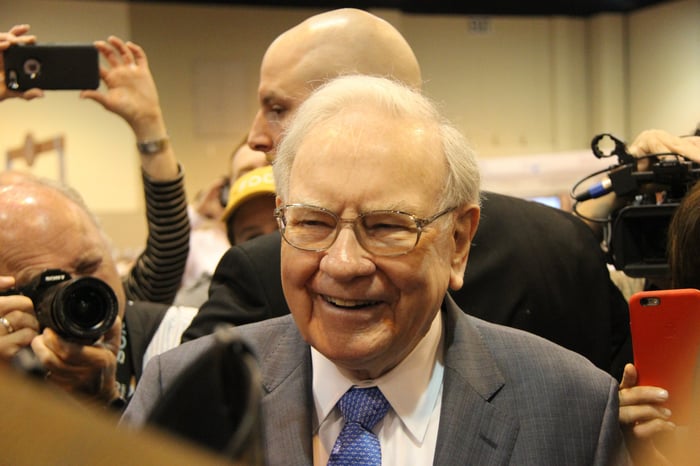 Berkshire first scooped up shares of AbbVie and Bristol Myers Squibb in the third quarter. They weren't the only big pharma stocks bought in Q3; the giant conglomerate also purchased shares of Merck and Pfizer. In the fourth quarter, Berkshire sold off its stake in Pfizer. However, it added to its positions in AbbVie, BMS, and Merck.

We don't know for sure if Buffett personally made the decisions on each of these transactions. However, he undoubtedly approved the buys and sells, even if one of Berkshire's investment managers actually made the calls. AbbVie and BMS are great fits with Buffett's roots in targeting value stocks.

Attractive beyond their valuations

Buffett likely viewed AbbVie's and Bristol Myers Squibb's valuations as too cheap to pass up. However, there are other things that are attractive about both stocks.

AbbVie boasts one of the juiciest dividends in all of healthcare. Its dividend currently yields 4.95%. The company is also a Dividend Aristocrat, with 49 consecutive years of dividend increases. BMS doesn't have as impressive of a track record as AbbVie does, but I suspect Buffett liked the drugmaker's dividend yield of over 3.2%.

BMS' growth prospects are even more appealing, though. Analysts project average annual earnings growth of more than 21% over the next five years. Current blockbusters, such as blood thinner Eliquis and cancer immunotherapies Opdivo and Yervoy, will likely fuel most of this growth. In addition to its promising pipeline, BMS has rising stars with anemia drug Reblozyl and multiple sclerosis drug Zeposia.

AbbVie's growth story will consist of three phases. The company should deliver strong growth over the next couple of years. However, in 2023, sales of AbbVie's top-selling drug, Humira, will begin to fall as it faces biosimilar competition in the U.S. The third growth phase, though, should begin in 2025 and beyond as AbbVie returns to strong growth and the company's other products more than offset Humira's declining sales.

However, it's smart to understand why Buffett likes or dislikes a stock. In the case of AbbVie and Bristol Myers Squibb, he almost certainly appreciates their low valuations and strong dividends. He also likely thinks the long-term growth prospects are solid for both companies.

AbbVie and BMS likely won't appeal to investors seeking aggressive growth. But if you're looking for an attractive valuation, a strong dividend, and solid long-term growth prospects, these two stocks look like good picks right now.