Demand for the company's services is strong, but investors may be concerned about slumping profits in 2021.

Shares of real estate broker Redfin (RDFN -8.92%) were hammered on Thursday after the company reported results for the fourth quarter of 2020. They exceeded expectations, and a couple of Wall Street analysts even raised their price targets for the stock. But it appears investors are concerned about the company's profit guidance. As of 11:30 a.m. EST today, Redfin stock was down 14%.

For 2020, revenue increased 14% year over year to $886 million, and fourth-quarter revenue beat expectations by a wide margin. Looking back, it was a surprising year. Early in the pandemic, Redfin laid off agents, expecting a massive slowdown. However, the slowdown never really materialized as evidenced by the company's strong top-line growth. 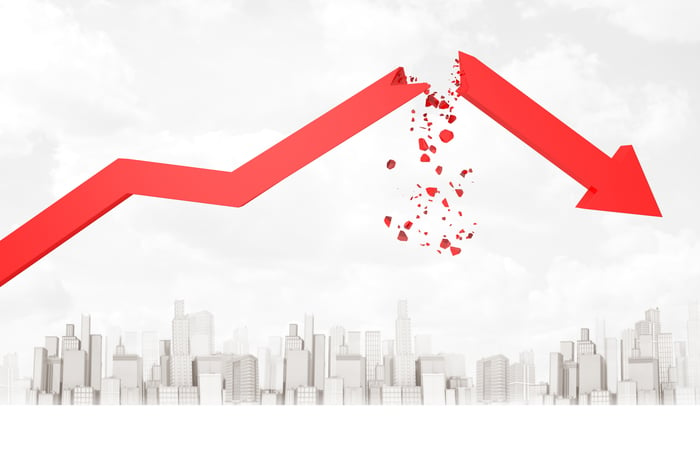 Despite the growth, Redfin's results have been held back by two things: a shortage of homes for sale and not enough agents to meet demand. There's not much the company can do about the former. But it's actively hiring new agents now in preparation for strong demand in 2021. For the first quarter of 2021, management guided for 30% to 34% top-line growth.

In the fourth quarter, Redfin had net income of $14 million compared to a net loss of almost $8 million in the year-ago quarter. And for the year, the company improved its bottom line dramatically. It reported a net loss of $18.5 million in 2020, but that was much better than its more than $80 million loss in 2019. So profitability clearly improved.

I have a suspicion that this growth stock is dropping today because it guided for a first-quarter net loss of $36 million to $39 million. On the surface, it appears Redfin's improvements to profitability were short-lived and it's now expected to regress. However, investors should keep in mind that these aren't apples-to-apples comparisons.

RedfinNow is Redfin's homebuying service. During the pandemic, the company paused its homebuying, and this part of the business has been slow to recover. The profit margin for RedfinNow isn't as good as for the rest of the business. While it was paused, profits improved. Now that it's fully ramping back up, overall profits could understandably fall. But the company is fine with this because RedfinNow is a tool that helps it gain market share and sell ancillary services.