The company's execution results in steady revenue and income growth.

With plenty of stocks to choose from, picking the right one can seem like a daunting task. However, borrowing from legendary Fidelity Magellan fund manager Peter Lynch's "invest in what you know" philosophy, sometimes the best investments are places you frequent.

If you have shopped in Costco Wholesale's (COST 1.97%) vast warehouses recently and realized the store was quite busy, that is not an unusual occurrence. When checking closer, it is a well-run organization. For long-term investors, you're smart to pick up some shares, since it will likely make you wealthier over time. 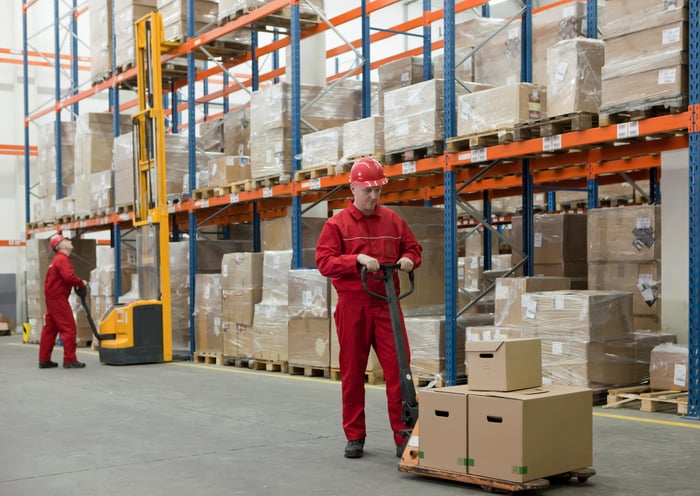 Costco has endeared itself to a large and growing membership base by offering a limited selection of brands, but on a wide range of merchandise and services. They are high-quality, and since they are typically sold in bulk, the retailer offers them at relatively low unit prices.

This is a simple formula that has brought Costco a loyal (91% renewal rate in the U.S. and Canada) and growing membership, fueling a lot of success over the years. It has grown the number of paid memberships annually for a number of years, including going from 47.6 million in fiscal 2015 to 58.1 million last year. The latest period ended on Aug. 31, 2020.

It is not just gaining members -- the customers are also shopping and spending money at Costco. There have been a string of annual same-store sales (comps) increases, including 9% last year after excluding the effect of gasoline price changes and foreign currency translations. Costco's sales momentum and profitability growth show no signs of letting up, either. In the first quarter, its adjusted comps were 17.1% higher.

Since declaring a $0.10 quarterly dividend in 2004, its board of directors has raised the payment every year. Now totaling $0.70, the stock's dividend yield is 0.8%.

With growing earnings and a payout ratio of around 30%, it can easily afford the regular payments. Perhaps that's why, while there are other stocks with higher yields, investors should take note that Costco has gotten into the habit of declaring large, special dividends. Starting in 2012, it has made extraordinary payouts every two to three years. The last one was in December 2020, when it paid $10, and the one before that was a $7 payment in 2017.

Hence, while you can't count on these special dividends, Costco has been using them fairly frequently to reward shareholders.

The stock offers a nice combination of price appreciation potential and increasing dividend income. That's not even factoring in special dividends. With Costco drawing loyal members, it will likely continue to post impressive sales and earnings growth. When added together, the total return makes the stock a compelling and wise investment.