Mark Nelson will stay on as a consultant after his tenure ends.

Beyond Meat (BYND -4.43%) revealed Monday in a regulatory filing that its CFO, Mark Nelson, has served notice that he will be vacating his position, effective May 5. Beyond Meat added that it has reached a two-year agreement with Nelson for him to provide consulting services after his departure; it did not specify how much he will be paid for this work.

The company said it is to launch a search for Nelson's replacement, hiring a nationwide executive search firm to assist in the hunt. It stressed that Nelson's decision was a voluntary one, and did not arise from "any disagreement with the Company on any matter relating to the Company's operations, policies or practices." 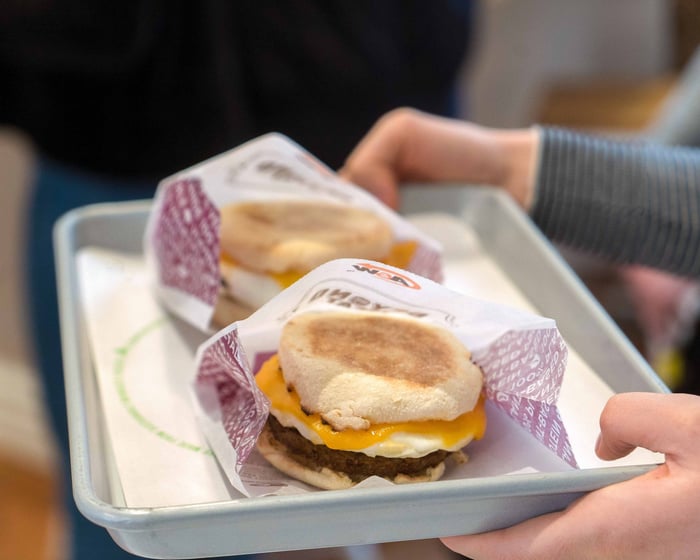 The outgoing CFO is departing at a heady time for the Beyond Meat. Last week, it announced a pair of potentially very lucrative deals with both McDonald's and Yum! Brands to supply its alt-meat products to the two fast-food giants.

While Beyond Meat posted a deeper-than-expected Q4 net loss on the same day the pair was announced, those arrangements nicely position it to be a dominant supplier of plant-based comestibles to the fast- and fast casual restaurant segments.

The company is also very active in the retail space, and similar to the restaurant efforts its presence on retail store shelves is growing; in December, for instance, its Beyond Meatballs product was introduced in Costco Wholesale outlets.

Beyond Meat's breakup with its CFO seems amicable, which is perhaps one reason why the stock closed up on Monday. It rose by 1.1%, although that was outpaced by the S&P 500's 2.4% increase.