Please ensure Javascript is enabled for purposes of website accessibility
Log In Help Join The Motley Fool
Free Article Join Over 1 Million Premium Members And Get More In-Depth Stock Guidance and Research
By Rich Duprey - Updated Mar 2, 2021 at 11:36AM

The theater operator has some reason to be hopeful for a recovery.

Shares of AMC Entertainment Holdings (AMC 2.02%) are off to the races again, jumping 10% in morning trading Monday as investors try to ignite excitement in the stock, as occurred back in January.

Shares of GameStop, which was at the heart of the short-squeeze frenzy a month ago, started spiking again last week and have more than doubled in value. AMC investors, who may be trying to replicate those gains, have at least a little more to hang their hats on.

Last week, the company announced it was reopening theaters in New York after the state lifted its ban, and there will be a full slate of movies coming to the theater chain this year to hopefully bring customers back to the cinema. 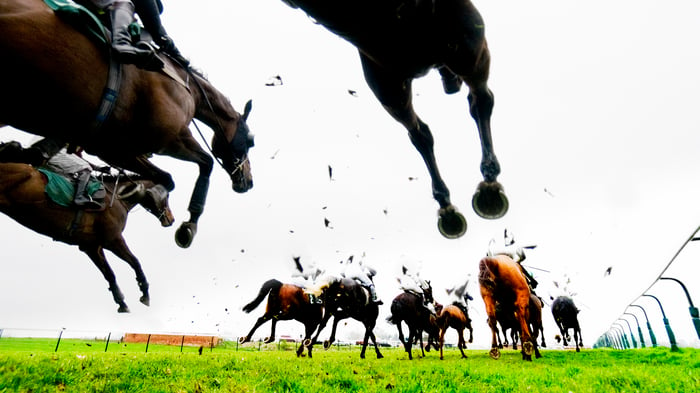 Although the theater operator walked along the precipice of bankruptcy until it was bailed out by its lenders, AMC did see fit to award management some $8.3 million in bonuses. In a Securities and Exchange Commission filing on Friday, the theater chain said the bonuses were awarded "to recognize the extraordinary efforts of employees to maintain the Company's business and preserve stockholder value during the COVID-19 pandemic."

CEO Adam Aron received $3.75 million, while four other named executives received a combined $1.1 million, or nearly 60% of the total bonuses issued. The remainder was to be split among theater managers and company associates.

It would appear, on the surface anyway, that AMC Entertainment has put its financial woes behind it.