The investment bank Macquarie raised its price target by 122% in one case.

Golding said "most negative catalysts are now in the rearview mirror" since COVID-19 is retreating while vaccination numbers are climbing. He also noted that sailing suspensions are already in place through spring, and said his firm believes "the next possible round of suspensions could be bookended by a firmer resumption announcement in the U.S." Macquarie predicts a summer sailing restart is likely, perhaps around June 30. 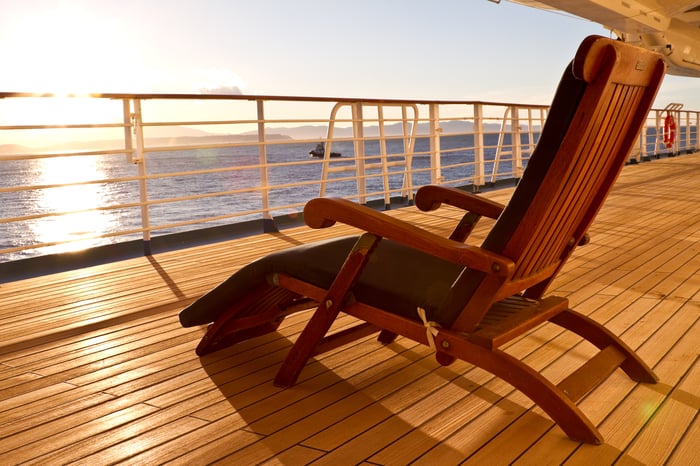 The firm also upped its price targets on all three of the cruise lines. While the stocks are already trading close to the new targets, the revised figures are still a major boost from Macquarie's previous predictions. Carnival's price target rose almost 94% from $16 to $31. Royal Caribbean won an approximate 85% price target boost from $54 to $100, while Norwegian got the biggest increase, from $18 to $40, or 122%.

Macquarie also said the approaching update by the Centers for Disease Control and Prevention (CDC) to its technical guidelines may offer "visibility on a restart, allowing the companies to prep for peak season." It added that "while the risk of new variants could make a resumption choppy, vaccine modifications and lockdown fatigue" stand a good chance of softening the impact of new COVID-19 developments.

Royal Caribbean just announced its first-ever "fully vaccinated" cruises out of Haifa, Israel, in May, but Norwegian says it will need three months to get back to sea after the CDC no-sail order ends.