Please ensure Javascript is enabled for purposes of website accessibility
Log In Help Join The Motley Fool
Free Article Join Over 1 Million Premium Members And Get More In-Depth Stock Guidance and Research
By Howard Smith - Mar 2, 2021 at 11:12AM

The cannabis company announced a new line of CBD products for the U.S. market.

Shares in Canadian marijuana company Canopy Growth (CGC 5.01%) jumped as much as 7% early Tuesday, before settling back to a gain of about 6% as of 11 a.m. EST. The move comes on the heels of a 6% gain in the stock on Monday. 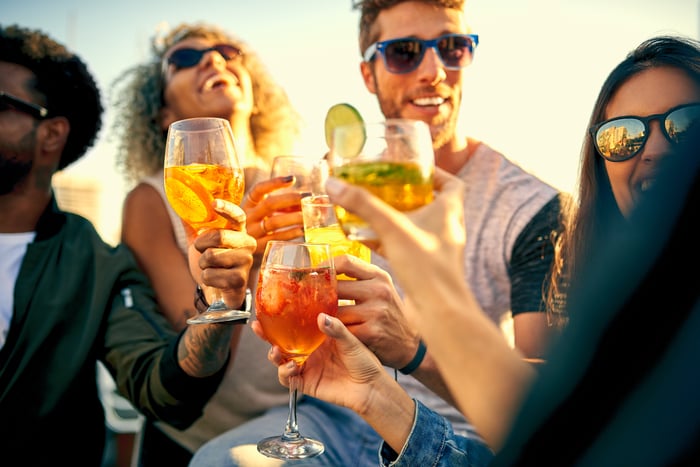 Unless the U.S. federal government legalizes marijuana, Canadian pot companies like Canopy Growth will only be able to participate in already legal items like CBD. But a movement toward legalization has been increasing, including over this past weekend, when Virginia became the 16th U.S. state, plus the District of Columbia, to approve marijuana legalization for adult recreational use.

Marketing its new CBD beverage line in the U.S. could help Canopy establish its sales channels and infrastructure in the event that federal legalization occurs. That would be a huge boost to Canadian marijuana growers, and investors in stocks like Canopy Growth.