The oil company's strategy is starting to pay big dividends.

Crude oil prices surged in February. WTI, the primary U.S. oil price benchmark, rallied nearly 18%, topping $60 a barrel. At one point, WTI hit a 22-month high. Fueling oil prices was improved oil market fundamentals as OPEC and other producers held back supply while demand is recovering from the impact of the COVID-19 outbreak. That improvement in oil prices will enable producers like Devon Energy to generate a significant amount of cash flow. 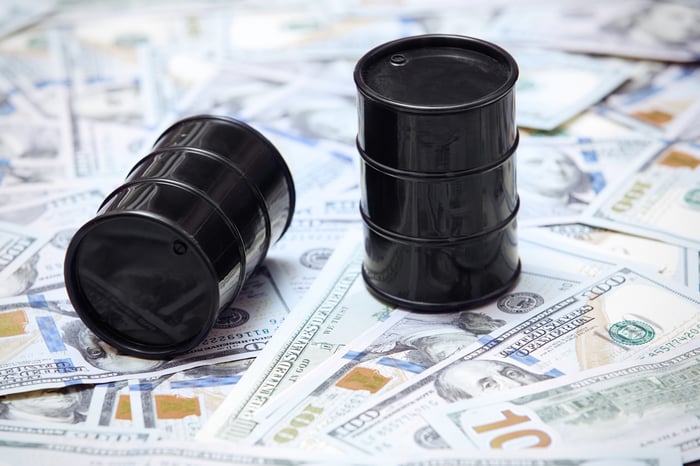 That was evident in Devon's fourth-quarter results, which it reported last month. The company generated $773 million in operating cash flow during the quarter, which was enough to cover its capital spending program with $263 million to spare. That enabled Devon to pay its regular quarterly dividend and its first variable dividend. At $0.19 per share, the additional payout was more than the oil producer's base dividend of $0.11 per share.

Devon's variable dividend could be even bigger in the coming quarters. That's because it aims to pay out up to 50% of its excess cash each quarter. So, as rising oil prices boost its cash flow, Devon could return a gusher of cash to investors this year.

Devon Energy spent the past few years reducing costs so that it can thrive at lower oil prices. However, with oil prices surging, Devon is on track to cash in on the rebound. That will benefit its investors, which appear poised to collect a windfall of variable dividend payments this year. This direct upside to higher oil prices makes Devon look like one of the more attractive oil stocks around.