Please ensure Javascript is enabled for purposes of website accessibility
Log In Help Join The Motley Fool
Free Article Join Over 1 Million Premium Members And Get More In-Depth Stock Guidance and Research
By Bradley Freeman - Mar 3, 2021 at 8:30AM

Why this stock is a far better investment than AMC and GameStop.

The short squeeze shenanigans appear to have resumed for some popular stocks among users of the Robinhood trading platform like AMC Entertainment Holdings (AMC -10.28%) and GameStop (GME -7.26%). The stock prices for both companies are once again trading at elevated levels that seem to be entirely divorced from underlying fundamentals.

Each company's business model relies on brick-and-mortar assets that are becoming less relevant and less popular over time. This issue is becoming more apparent with each passing year as both were struggling to maintain profitability and growth long before the adverse effects of COVID-19 exacerbated their situations. That's why investors should steer clear of these two Robinhood stocks and instead put their resources toward buying Facebook (FB -7.62%) stock instead. Let me explain. 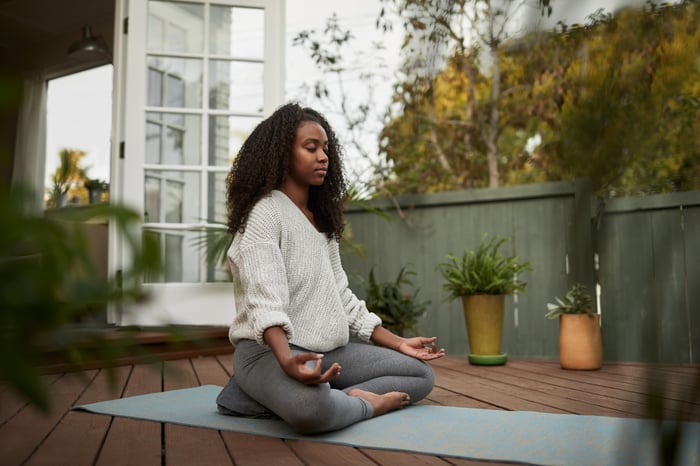 Facebook's business continues to generate profit. In its most recent quarter, revenue for the social media giant soared 33% year over year to $28 billion with advertising revenue rising 31% year over year. That's despite the pandemic still causing some ad-buyers to be hesitant. AMC and GameStop saw revenue aggressively drop over the same period. Despite some concerns that advertising boycotts aimed at Facebook in 2020 -- along with continued pandemic economic fallout -- would hurt its growth, the earnings results suggest that was not the case.

Facebook management also managed to improve efficiency while quickly growing sales. Operating margin rose from an already impressive 42% to 46% year over year. Not to keep picking on GameStop and AMC, but both companies are experiencing deteriorating margins. Facebook's outperformance in demand and productivity translated into a large profit beat with earnings per share spiking 52% year over year to $3.88.

The successful quarter has prompted analysts to precipitously boost their earnings estimates for 2021 by 8% in just the last month. It's now expected to earn $11.37 for the year, placing a price-to-earnings ratio of 22.6 on the company.

In contrast, GameStop and AMC Entertainment are fully entrenched in cash-burn mode. This is not entirely the fault of the two beleaguered companies -- both have had locations temporarily shuttered or restricted by the pandemic. Still, pity is no reason to invest in a company and that's the main bull case I see for either.

Last year, the company debuted its virtual reality product: Oculus Quest 2. Shipping delays and supply constraints followed the release, providing strong evidence the product was well received by consumers. The company's "other revenue" segment rising 155% year over year to $885 million is yet another encouraging sign.

While average revenue per user (ARPU) for Facebook is an impressive $8.62, that is still almost entirely advertising-based. The company is just beginning to build out this shopping feature, and it is very likely to boost ARPU and financial results in the coming quarters.

What do GameStop and AMC have to look forward to? Gaming companies like Microsoft are more and more cut GameStop out of the sales equation with direct-to-consumer services (Microsoft's is called Game Pass) and streaming services like AT&T's HBO Max are co-releasing films to theaters and their own streaming platforms simultaneously. AMC and GameStop's value propositions center around exclusive access to content, which is far less guaranteed than it was before.

It's natural to be tempted into joining the GameStop or AMC squeeze. But while it's natural, it's also a bad idea. Both companies have daunting roads to recovery with assets being permanently threatened by competition.

Investing in a company with superior fundamentals and prospects just makes more sense. Go with Facebook stock instead; you'll be grateful you did.