The Jack Daniel's owner has been sailing on a whiskey river.

Brown-Forman (BF.A 0.02%)(BF.B 0.47%) managed to eke out a meager gain against the S&P 500 last year, even though out-of-home drinking opportunities were limited to non-existent. But over the first two months of 2021, the distiller trails well behind the market index despite an economy that's reopening.

Although alcohol stocks are supposed to be recession-resistant, Brown-Forman stock is down 10% so far this year. Let's take a closer look at whether that makes the maker of Jack Daniel's Tennessee Whiskey a buy. 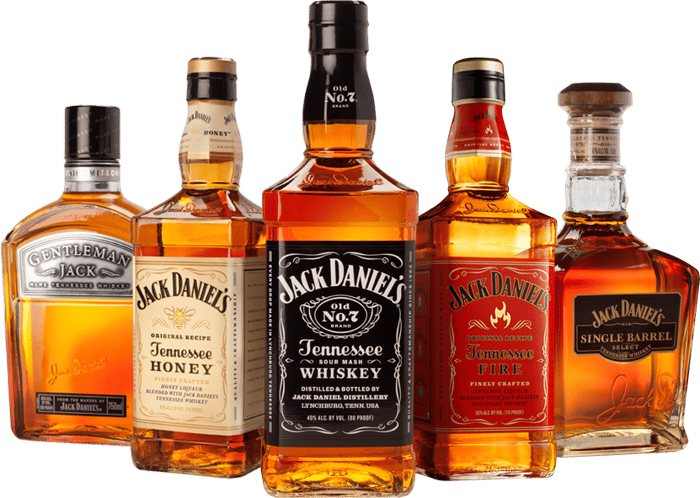 A world of trouble

Brown-Forman has been around for 150 years, which means it's been through more than a few global calamities in its time. It noted its 50th anniversary came about just as Prohibition began and its 75th started around the same time as World War II. Now, another 75 years later, it's dealing with the ravages of a worldwide pandemic.

The COVID-19 outbreak upended the liquor business. Restaurants, bars, cafes, and other venues where people traditionally gathered and drank alcohol were suddenly shuttered. In fact, while many establishments have been allowed to reopen (albeit with limited capacity), California remains the one state in the country that still does not have indoor dining.

While such places only account for about 20% of Brown-Forman's business, with travel and tourism still decimated, the actual impact is much higher. Business travel is depressed, down about 70% from what it was prior to the pandemic, global air travel remains off by about 60%, and cruise lines are virtually non-operational.

Fortunately, Brown-Forman's business was bolstered by the off-premise trade, with packaged goods stores flourishing. Spirits consumption is actually up despite bar and restaurant closures, and underlying net sales of the distiller's premium brand portfolio grew at double-digit rates helping to push year-to-date operating income 11% higher on an underlying basis.

With its earnings expected this week, we'll get to see how its business held up over the holidays, but there should be few headwinds to drain its progress.

Over a (whiskey) barrel

However, it is highly dependent upon whiskey, especially the Jack Daniel's brand. The original No. 7 line is the company's flagship and last quarter's depletions, or sales to retailers and distributors -- an industry proxy for consumer demand -- fell 3%. While newer iterations such as Tennessee Apple and Tennessee Honey surged 143% and 10%, respectively, they're starting from a much smaller base. Other brand extensions, like Tennessee Honey, fell 1%.

Consumer tastes are always changing and certain trends come in and fall out of favor. Brown-Forman noted that on its 100th anniversary in 1970, bourbon began a period of decline, which caused the distiller to reinvent itself as a consumer products company that expanded beyond spirits.

But spirits are still its bread and butter, and the so-called "browns" of the spirit world -- whiskey and bourbon, as well as variations such as scotch, rye, Canadian whisky, and Irish whiskey (yes, they're spelled differently) -- are in the midst of a boom.

Who knows when or if it will change once again, but the advent of craft distillers driving innovation could have the industry in a secular growth period not unlike that which occurred with craft beer.

Competition is intense, not only from rival distillers like Beam Suntory, Constellation Brands (STZ -0.40%), Diageo (DEO -0.26%), Pernod Ricard, and Sazerac, but from other alcoholic beverage makers, including brewers switching to hard seltzer to draw in more drinkers.

But Brown-Forman recognized the premiumization trend (consumers' willingness to pay up for a particular beverage category) early on and it has been transitioning its portfolio to focus on that segment. That's allowed it to grow profits even if depletions falter at times.

That makes the distiller a solid business with a wonky valuation, suggesting investors should wait for Brown-Forman stock to offer a better deal before jumping in.