The giant retailer says its investment will generate 750,000 jobs.

Making a splashy bid on U.S. manufacturing, retail titan Walmart (WMT 0.11%) said today it is planning a major investment in the sector over the next decade, totaling $350 billion. This sum stacks atop $250 billion the company said it would use to bankroll American manufacturers in 2013, a pledge it says it is "on track to deliver." Together, the promised amounts will add up to $600 billion in investments.

Flush with cash despite elevated pandemic expenses, Walmart is pushing ahead with multiple initiatives. Branching out beyond its original sector, the company has ventured as far afield as an upcoming fintech start-up that it managed to recruit two leading Goldman Sachs bankers to lead. 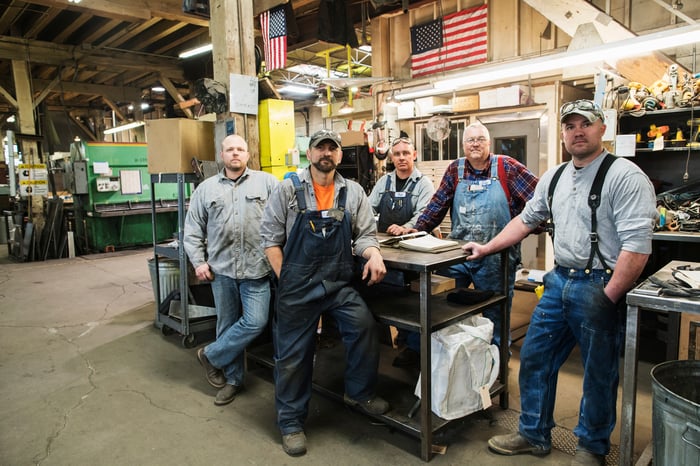 The press release lists half a dozen manufacturing categories where Walmart intends to focus most of its $350 billion:

While this is Walmart's second round of large-scale investment in U.S. manufacturing, this latest foray includes a new feature, dubbed "American Lighthouses." The lighthouse is a strategic regional organization through which manufacturers, suppliers, local government officials, and other groups and organizations can communicate and work out ways "to identify and overcome barriers to U.S. production" in their area.

Walmart also says 85% of its customers prefer items made in the U.S., and that such manufacture is also better for the environment.

The retailer is also investing in its own operations, with $14 billion now earmarked for 2021 capital expenditure, up from the previous $10 billion.