Please ensure Javascript is enabled for purposes of website accessibility
Log In Help Join The Motley Fool
Free Article Join Over 1 Million Premium Members And Get More In-Depth Stock Guidance and Research
By Lee Samaha - Updated Mar 3, 2021 at 10:07AM

A high-profile deal improved sentiment about the company and its industry.

Shares of Clean Energy Fuels (CLNE 2.04%) surged 27.5% in February, according to data from S&P Global Market Intelligence. Following a 50%-plus increase earlier in the month, the stock corrected. Still, it was a remarkable move overall on the month.

Clean Energy offers compressed natural gas (CNG), renewable natural gas (RNG), and liquefied natural gas (LNG) via a nationwide network of refueling stations. As such, its share price is likely to follow sentiment about the possibility of wide-scale adoption of natural gas as a more environmentally friendly fuel. 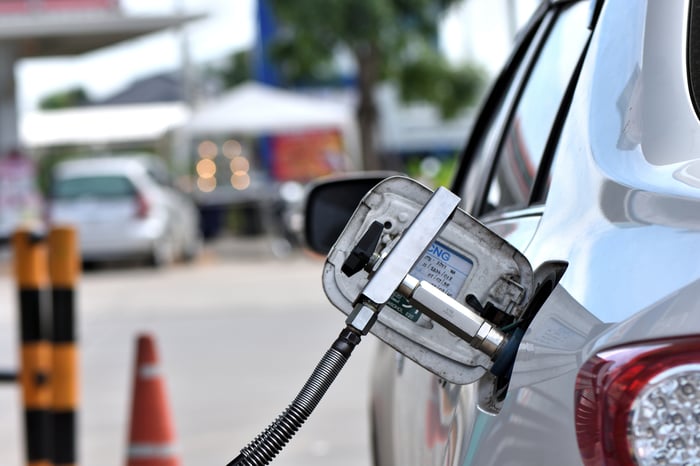 That case received a boost on Feb 8 after a Reuters report that Amazon had ordered hundreds of trucks that run on CNG. The report said that the orders were for Cummins Westport, a joint venture between engine maker Cummins (CMI -1.12%) and Westport Fuel Systems (WPRT 3.31%).

As such, it was no surprise to see Westport and Clean Energy stocks move in tandem during the month. 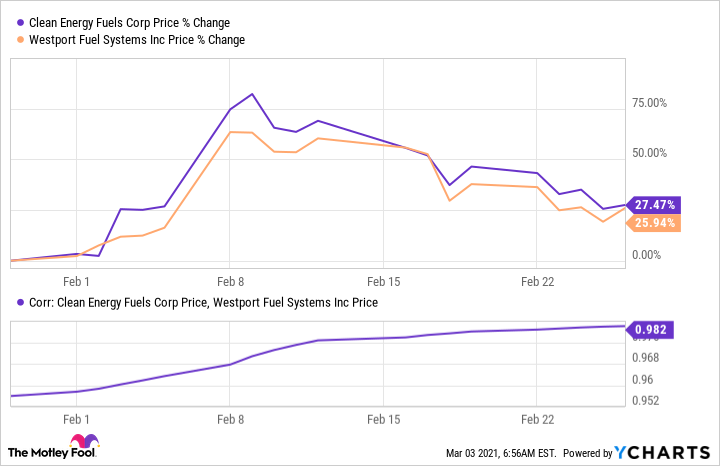 Sentiment is a powerful thing, and it's even stronger when supported by evidence. In this context, it's not hard to see why investors got excited by the Amazon news. It certainly doesn't hurt that a company of Amazon's size is investing in technology favorable to Clean Energy Fuels.

Clean Energy Fuels will release its fourth-quarter 2020 earnings on March 9. That will give analysts and investors a chance to weigh management's thoughts on growth in the industry and what deals like the Amazon one could mean over the long term.

Why Shares in Westport Fuel Systems Surged in February