A short-seller asks questions about the company's business.

Shares of Clover Health Investments (CLOV -1.44%) fell 32.6% in February, according to data provided by S&P Global Market Intelligence, after the company was targeted by short-seller Hindenburg Research. Hindenburg called Clover Health "a broken company" and provided a good enough argument to cause some investors to walk away from the stock.

Clover became public through one of the special purpose acquisition companies (SPACs) backed by billionaire investor Chamath Palihapitiya. Clover is a medical insurance provider focused on Medicare Advantage plans that uses internally developed tech to try to improve patient outcomes, and their payments. 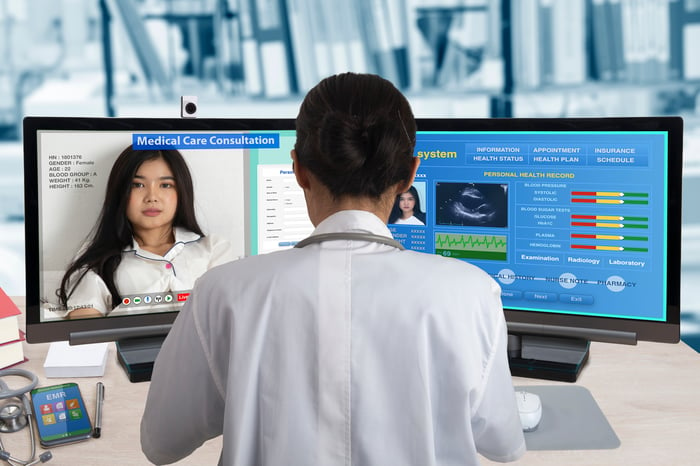 Palihapitiya called Clover "the greatest growth opportunity" that he's seen, but Hindenburg has its doubts. The firm in its report alleged Clover is under investigation by the U.S. Department of Justice, its sales are driven by misleading marketing practices, and that its signature tech product "deceives the healthcare system" and "poses a significant regulatory risk."

Clover denied the allegations, but did confirm that there are some regulatory inquiries into its business.

It's hard to know what to make of any short report. Hindenburg has a decent track record, and there is a lot of meat contained in the report, but then again investigations are not uncommon and often turn out to be nothing.

Clover didn't help its cause in early March when it announced fourth-quarter results and provided 2021 guidance below expectations.

Clover is a relatively tiny Medicare insurer, with ample opportunities to grow its market share. But it is also operating in a highly regulated space where margins are limited, and it's relying on still-unproven tech to generate outsized returns. Investors need to watch this company closely, no matter what they think of the Hindenburg report.