Actually collecting its haul could prove difficult in reality, however.

During the polar vortex which brought searing cold to much of the U.S. and disastrous conditions to Texas, Goldman Sachs (GS -1.16%) and other big investment banks racked up hundreds of millions of dollars -- on paper -- through energy trading. Goldman is currently sitting on a potential $200 million gold mine thanks to the massive, prolonged intrusion of Arctic air, according to Bloomberg. But collecting its jackpot could prove tricky.

The bank earned the theoretical windfall both through financial hedges as well as by selling electricity and natural gas directly. A Goldman spokesperson, Maeve DuVally, said "as a market-maker and liquidity provider, we were positioned to help our clients manage their risks in that challenging environment," though the assistance also proved very lucrative, at least nominally. 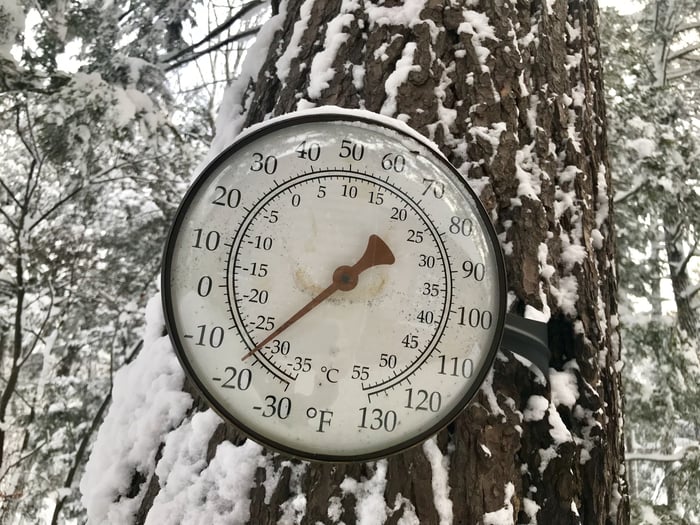 Anonymous sources with an inside view on the situation reported to Bloomberg that Goldman's executives believe they will only be able to collect approximately around 50% of the sum, or $100 million. This is due to the major fallout from the polar vortex, including government reactions, litigation, and the bankruptcy or potential bankruptcy of energy companies in the frigid meteorological event's wake.

Goldman Sachs wasn't the only bank to cash in on the deep freeze. Bank of America (BAC -1.02%) allegedly earned several hundred million dollars when Texas wholesale electricity prices skyrocketed 10,000%, the Financial Times reports, despite the bank having smaller energy investments than other institutions. The bank said its winnings are "offset by losses and reduced revenues related to investments in wind and other alternate power suppliers" but declined to provide actual figures.

Profiting from the polar vortex is also not Goldman Sachs' only current initiative. The firm recently announced it intends to relaunch its cryptocurrency trading desk following Bitcoin's (BTC 3.16%) generally outstanding gains during 2020, among other projects.